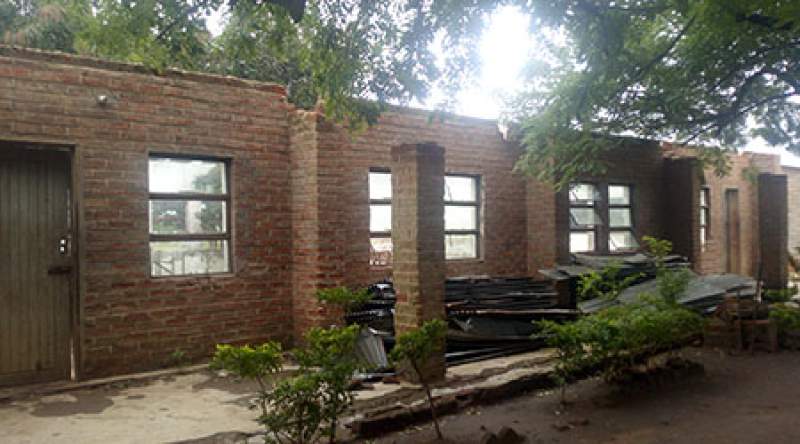 Some of the schools were affected by the storm - file photo

Normal classes at Thuchira Community Day Secondary School in Mulanje are expected to resume soon, after a girl child organization- Advancing Girls Education (AGE) in Africa donated wood planks valued at close to K1 million for rehabilitation of the destroyed roofs of forms one and two classrooms.

The roofs were blown off by the January Tropical Storm Ana.

AGE Africa Learning and Programs Manager Dumisani Nkhonjera told Zodiak Online on Friday that though the organization is in scholarships and life skills programs, they decided to support rehabilitation of the two classrooms.

“We noted that the girls we support and work with were learning under unconducive environment and classes were often disrupted when it rains and this compelled us to raise some funds to support rehabilitation of these classrooms,” said Nkhonjera.

He said the organization raised the funds from their partners in United States of America, the headquarters of AGE Africa.

Shire Highlands Education Division Manager Evelyn Mjima in an interview with Zodiak Online said a lot of secondary schools in the division were heavily affected by Ana and she thanked AGE Africa for identifying and supporting one of the destroyed schools.

She said two staff houses whose roofs were destroyed by the same storm and other classrooms that developed cracks also need rehabilitation.

The school’s deputy head teacher Henderson Bwanaisa said they will use Parents and Teachers Association (PTA) fund to procure contractor who will rehabilitate the classrooms and buy other materials for the project.

“We still need other partners to support us with construction of a library, a laboratory and most importantly a girls’ hostel and together with the school’s Board of Governors (BoG) formerly School Management Committee we are ready to work with any organization that comes with its support,” said Bwanaisa.

Thuchira CDSS has an enrolment of 374 students and it has an average pass rate of 50% at Malawi School Certificate of Education (MSCE).