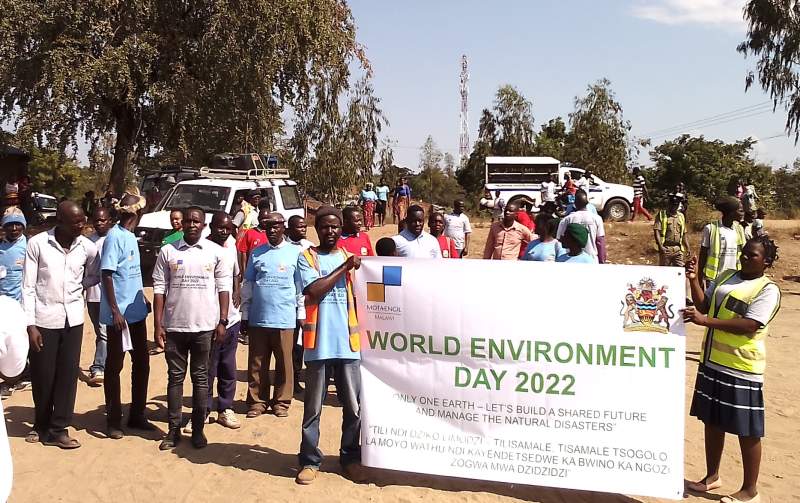 Neno district council has celebrated its World Environment Day today with a call for people to take full responsibility of the environment to avoid adverse effects of climate change.

Speaking at the event held at Dzundu primary school ground, Group village headman Zalewa of Neno district called for stringent measures if deforestation due to charcoal burning is to be dealt with in the district.

He said police and the forestry department as well as communities should join hands in making sure that no one is cutting down trees while encouraging people to develop woodlots.

"As we celebrate this day, we should embrace the use of briquettes which are environmentally friendly, as opposed to charcoal. Briquettes do not produce carbon dioxide", he said.

Responding to this, senior superintendent of police, Blessings Chikwatu called for collaboration between different stakeholders if the fight against conservation of the environment is to be meaningful.

"I appeal to village heads to sit down with their subjects on issues of threatening police officers when they want to impound vehicles ferrying charcoal", said Chikwatu.

He noted that, the police was failing to arrest perpetrators of charcoal business because communities are often ganging up against them, a development he says is affecting their operation.

In his remarks, Neno district council chairperson, Joseph Chiphaliwali reminded people to take responsibility of their environment to avoid a replica of the devastation caused by cyclone Ana.

"We need to plant trees and recycle other wastes. And we must avoid littering anyhow, especially products that take long to decay", he advised.

Among other stakeholders who patronized the event include, MOTA - ENGIL, Concern Worldwide, China Geo construction company and others.

The day was celebrated under the theme" Only One Earth- Let's Build a Shared Future and Manage the Natural Disasters",