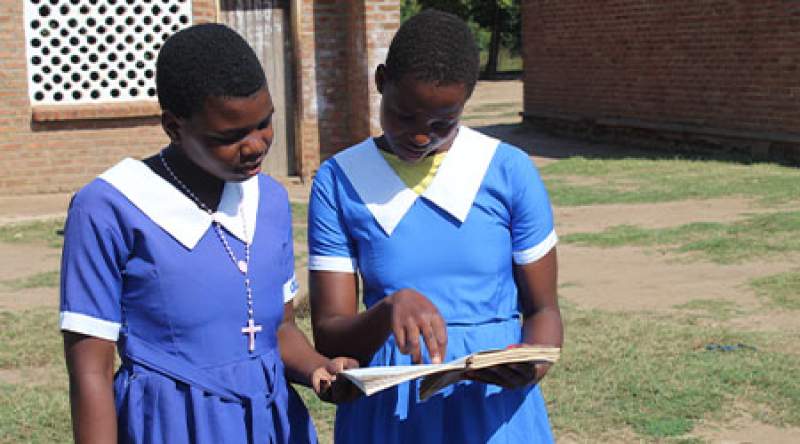 According to Kayisi, the ECHO funded project was mostly focusing on meteorological hazards and how that interrupts education for the learners - pic by Alfred Guta

Oxfam Director of Media and Communications, Daud Kayisi, has lamented that learners in disaster prone areas suffer when disasters strike because players prioritize food and other materials when responding to disasters.

Kayisi raised the concern in an interview with Zodiak after a two-day long media tour under a multimillion-kwacha project dubbed Education in Emergencies which has benefitted 40 schools in Nsanje, Chikwawa, Phalombe and Lilongwe.

“So what we have learnt through our interaction with Primary Education Advisors is that there is an improvement on absenteeism and learners’ performance in the schools we are working has also improved.

“We attribute the success story to the skills which their teachers acquired which enabled them to deliver lessons in an accelerated mode after education was disrupted for two weeks or so due to floods.

“One of the teachers told us they managed to cover topics which were supposed to be covered in two periods, and shrunk them into one.

“The idea is that when a disaster strikes in a particular area, what happens is that it is only that particular area where learning stops but these are the learners that are going to be tested based on the same examinations on assumption that the schools were able to cover the whole syllabus.

“So to ensure we are leveling the ground we came up with a way where we said teachers can deliver lessons at an accelerated mode,” explained Kayisi.

According to Kayisi, the ECHO funded project was mostly focusing on meteorological hazards and how that interrupts education for the learners.

He said they implemented various interventions to ensure education is not interrupted whenever hazards strike be it flooding and strong winds.

“So one of the interventions include working with communities in planting woodlots to control the speed of water and in other areas communities with their own initiative built dykes to avoid damaging infrastructure.

He added, “In other areas communities planted orchards particularly mangoes to control heavy wind and at the same time improve learners’ access to fruits.

“Another intervention that sprung out of this is that when cyclone Idai and Ana hit part of this project we had what we call crisis modifier families who have learners in them accessed resources which were used to purchase textbooks but also exercise books so that learning should not be disrupted.”

The Oxfam Director of Media and Communications, added, they also created a safe learning environment for learners by renovating school blocks which had huge cracks and those whose roofs were blown away.

Chikwawa’s Konzere Primary Education Advisor (PEA), Gelard Pengapenga, told Zodiak Online, “The accelerated teaching skills teachers in the zone acquired through the project have helped a lot in reducing school dropout rate in the Zone from 19 percent to 10.5 percent.Mock pass rate for girls has also improved from 16 to 23 percent which is a great achievement.”

“The ECHO project has benefited five schools in Mpatsa including Phanga primary which was once part of Mpatsa Zone. The schools are prone to flood every year so the training our teachers accessed assisted us in forming DRR clubs in the schools.

“We discuss various issues including disaster response. Besides, we also have hazard maps showing parts of areas which most of the times are prone to floods and strong winds including Nyamithuthu, one of the school blocks had its roof blown off here.

The block has been rehabilitated which will improve pupil classroom ratio. Mguda primary school has also benefited from the similar project,” explained Maya.

The EU Civil Protection and Humanitarian Aid (ECHO) three-year project is being implemented by Oxfam in partnership with Plan International Malawi.