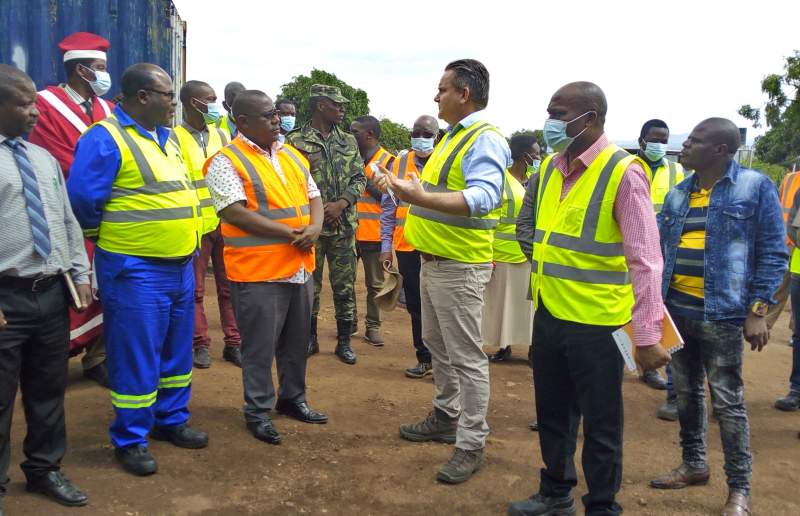 The Ministry of Mining says it will next month sign a Mining Development Agreement (MDA) with Mkango Resources Limited, a company that is exploring rare earth minerals in Songwe Hill in Phalombe district.

Minister of Mining, Albert Mbawala, has told Zodiak Online on Friday in Phalombe that the two sides have now reached an agreement so that the company can start mining activities.

According Mbawala, there are a number of outstanding issues in the MDA that the government is waiting on the company to agree on before proceeding with their plans.

“I am optimistic that the Mining Development Agreement (MDA) will be signed next month since we have resolved some of the outstanding issues surrounding the agreement,” said Mbawala.

President of Mkango Resources Limited, Alexander Lemon, says the company is working closely with the ministry to iron out issues delaying signing of the MDA agreement.

Lemon disclosed that the company will employ about 750 people during the construction phase of the factory while 500 people are expected to get employed once production commences.

An MDA is a contract that governs relationship between the government and a license holder for the exploration of a certain area of land for mineral or for the mining minerals, in a certain area, in exchange for royalties, taxes and other obligations.

Mkango Resources Limited has been exploring rare earth minerals in Songwe Hill in the area of Traditional Authority Nazombe (T/A) in Phalombe for the past 12 years.