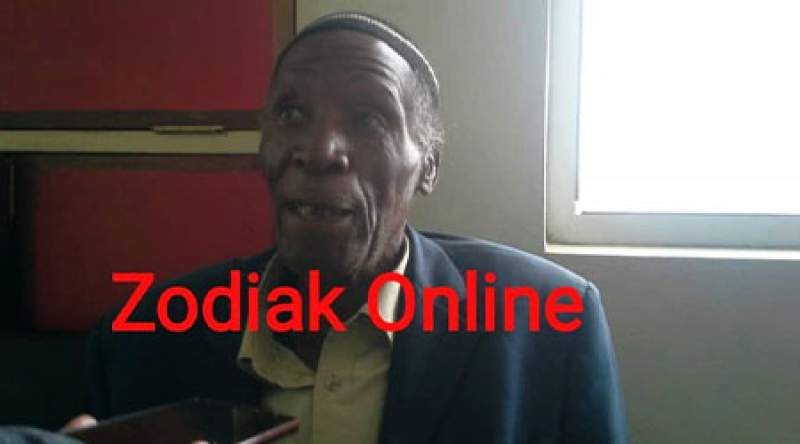 Late Masambuka’s father, White Masambuka, wished if the court had put the convicts on the death row - pic by Christopher Sande

The High Court in Blantyre has sentenced five people to life imprisonment for brutally killing a person with albinism, Macdonald Masambuka in Machinga in 2018.

“The court is of the view that convicts, Maxwel Sosola, Dickson Ndengu, Alfred Yohane, Bushir Lilongwe and a biological brother to the deceased, Cassium Masambuka do not need the court's leniency for brutally murdering Macdonald Masambuka. I therefore sentence them to life imprisonment,” said Judge Kamanga.

The Judge further sentenced four others, Mpulanya Injesi, Clinician Lumbani Kamanga, Cassium Masambuka and Lacknes Magombo to 60 years imprisonment for causing someone to commit a crime against a person with disability and other four, Alfred Yohane, a Catholic Priest, Fr Thomas Muhosha, Innocent Wallace and police officer Chikondi Chileka to 30 years imprisonment for transacting in human tissue.

“All the convicts will face the law,” said Masanjala.

On his part, defense lawyer Masauko Chamkakala said will likely appeal against the matter.

“We are planning to meet our clients and after studying the judgement, we will make a decision on whether to appeal to the supreme court,” explained Chamkakala.

Meanwhile, Association of Person with Albinism (APAM) chaiprperson for Machinga district Byson Makolopa and National coordinator for Catholic Commission for Justice and Peace (CCJP) Boniface Chibwana have commended the court for handing tough punishments to the convicts.

“On the murder offence, we are happy that the court has sentenced the convicts to life imprisonment. We hope this will deter others from committing such crimes against persons with albinism,” said Chibwana.

But late Masambuka’s father, White Masambuka, wished if the court had put the convicts on the death row.

"I think anyone who deliberately kills another person deserves to die too," said the 80-year-old father.