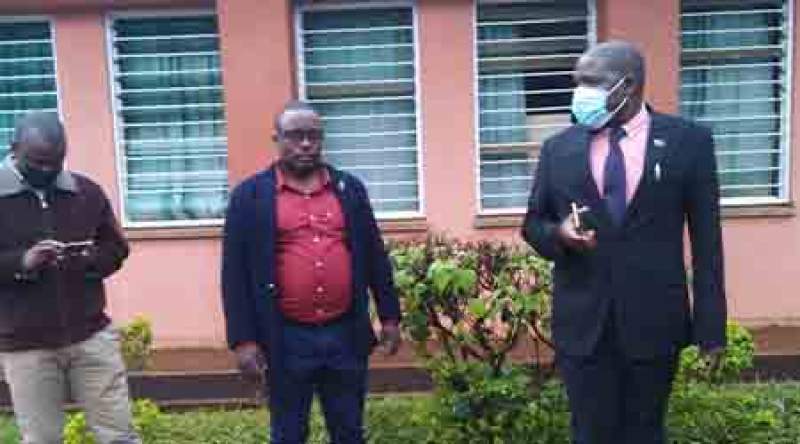 Speaking to journalists on Monday in reaction to Zodiak' Special Report on water situation at the facility, Moffat admitted that they drilled boreholes and installed pumps to ensure availability of water since the Board's were inadequate and erratic.

The DC said last week water supply was interrupted at the hospital because thieves stolen a pipe.

Moffat indicated that council is still complying to pay the water bills which accumulated for many years ago.

"Southern Region Water Board was complaining that we were supplying water to the hospital, true and that is still the case today simply because we would like to have water always at the facility.

"So the Parliamentary Committee on Natural Resources guided us accordingly to say that the responsibility to supply water according to law, rests with SRWB. So from that time onwards, what it means is that Thyolo district council should lay this water facility, the pump and borehole to SRWB. If there are bills, this asset should be transferred to them, but the proceeds from there should reduce the balance that we owe the Board.

"At that time, the bill was about K120 million, as am talking now, it only remains K60 million. We are paying and complying," Moffat said.

He however, said, the council is yet to have talks with the Board to hand over their alternative water system following recommendations from the Parliamentary Committee on Natural Resources.

The DC further indicated that the council hopes the government would intervene to ensure a waiver on the accumulated bills since the hospital's budget allocations target the current lifesaving needs.

The Special Report exposed water and sanitation issues at the facility following the decision by the hospital to use boleholes and pumps away from the SRWB water system.

The report included voices of patients and guardians who complained that they were forced to fetch water to fill the drums early in the morning, among others.