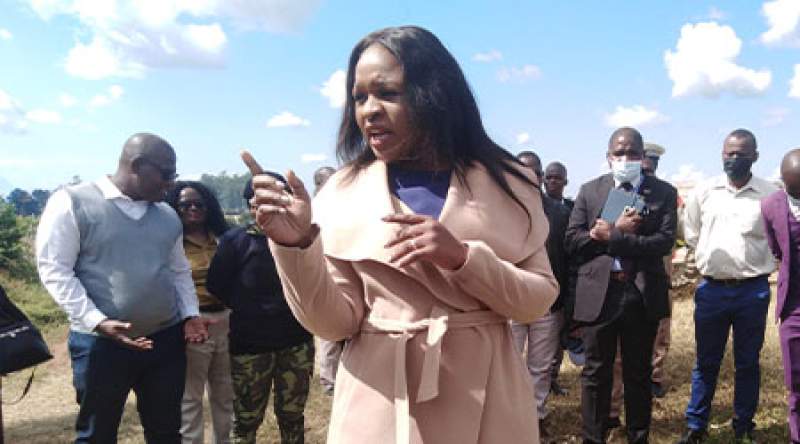 Kamtukule addressing the stakeholders at the site - pic by Beston Luka

Barely two weeks after Zodiak Online carried a story about the stalemate of Thyolo technical college, Minister of Labour Vera Kamtukule has tasked the central and district level technical team to refresh the K748 million contract and submit a report by Thursday this week for implementation.

Among others, Kamtukule while expressing government's commitment to complete the project, the team should accommodate adjustments, work on modalities of ensuring the expired contract is renewed and give the new dateline.

After inspecting the project on Monday, it came out that the contractor left the project at window level some two years ago because payments were not coming through as agreed.

He claimed to have accessed K178 million only of K748 million despite several requests from government until the contract expired.

"What I have noted is that we are all to blame on the project delay. There was lack of communication and feedback on either side,” she said.

"As you are aware this is the boma, what that means there is a lot of economic migration from the villages and all sorts of things. That gives you a huge number of youths if those are not managed, there will be recipe for disaster be it security and whatever it may be and we don't want to wait until such a time," Phiri said.