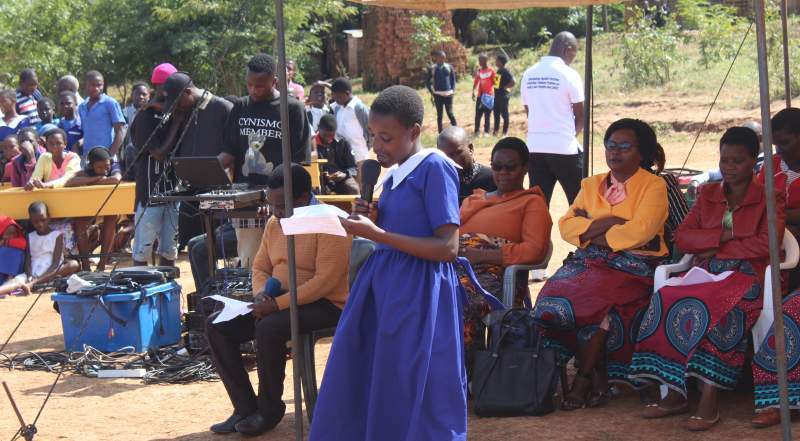 The district council in Mulanje on Friday continued commemorating Day of African Child, a week after holding a conference to review strides made in eliminating harmful cultural practices the past nine years.

During the event held at Nalipiri Primary School, a representative of the children Kuleza Khobolani said much as traditional leaders might say all harmful cultural practices but in reality some are practiced secretly.

“I know of kusasa fumbi that it is still being practiced though secretly and to eliminate this tradition, we need collective efforts,” said Kuleza who is in standard eight at Nalipiri School.

She also said some girls drop out of school due to long distances to schools especially secondary schools thereby denying them the right to education.

“As a council, we appreciate this as a challenge and while we are doing our part with our constrained financial envelope, we plead with our partners to support us in building secondary schools in the district,” said Tambala.

Records show that the district has 169 public primary schools and 35 public secondary schools.

On harmful cultural practices, Tambala said chiefs as custodians of culture have to understand that some sections of their traditions are archaic and put the children at the risk of contracting Sexually Transmitted Infections and pregnant if they are girls.

“While we are pleading with chiefs to eliminate harmful cultural traditions, let me also ask parents to safeguard their children from accessing or watching pornographic materials as these have potential of spoiling the children,” said Tambala.

On her part, Group Village Head Namputu said she has managed to eliminate all harmful cultural practices in her village.

During the last week conference, Director of Social Welfare in the Ministry of Gender, Community Development and Social Welfare Dina Gumulira bemoaned the increase of child marriages despite government raising the marriage age from 16 to 18 years under the revised divorce and family relations act.