PIH Use and Dump Neno Stadium 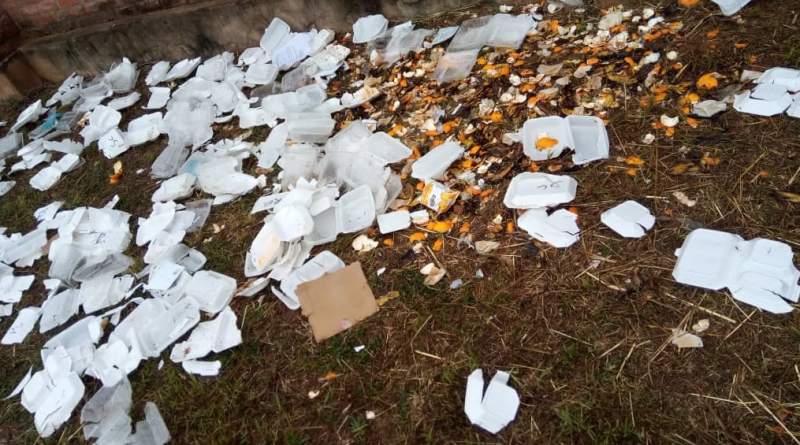 Two days after Partners in Health held its Staff Wellness Day, the health oriented organisation is yet to clean the Neno community stadium it littered with used meal packs, disposable cups and food left overs.

One of the stadium users Thaba Banda, expressed deep shock after seeing the site, describing the scenario as uncalled for, saying this has bleached the presidential clean up exercise which falls on the second Friday of each month.

He says the organization was duty bound to immediately clean the sporting arena soon after finishing its activities on Wednesday.

“We came on Thursday, which is yesterday to do our Para-Olympics game training and we found the stadium in this mess, this is bad", he said.

When Zodiak visited the place on Friday, it found people trying to clean up after a public outcry.

Partners in Health communications specialist Janet Mbwadzulu told us that they paid the Neno district council to use the stadium and wondered why it did not clean the place, including PIH cleaning team.

"I must say that we paid for water bills at the stadium and a reconnection fee, as the place had its water system disconnected some years ago, we even restored the dilapidated women's netball court and volleyball court", she said.

Mbwadzulu further said, PIH also rehabilitated dressing rooms and cut off over grown grass that filled out the whole stadium.

PIH held its Staff Wellness Day on the 6 of July, which was the countries 58th independence day with an aim of raising awareness on mental health issues.