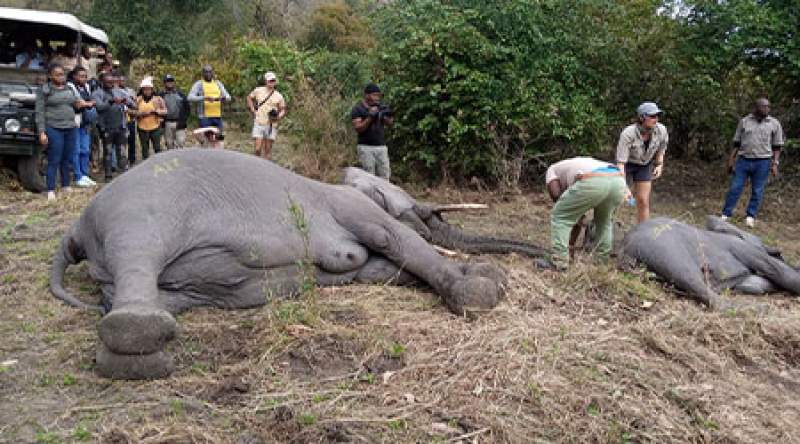 African Parks has expressed optimism to reach to the targeted figure of animals especially elephants to be translocated to Kasungu National Park by the next five weeks amid changes in daily capture rate of the animals.

African Parks Country Representative, Sam Kamoto told Zodiak that they have not set a target number of elephants to be captured on daily basis as the exercise is determined by accessibility to the animals which he described as success rate, saying it continues to change every day.

He however says Liwonde National Park has become an elephant bleeding center in the country's tourist industry due to good management of wildlife animals in the park.

Kamoto says a week on, no major challenges have been registered despite having the high water levels in Shire river covering a small portion of animal capturing area, but has expressed optimism to reach to the 250 targeted elephants by the next five weeks.

He also noted that through such exercises they want to reduce the number of elephants in Liwonde National Park which is at six hundred to the required carrying capacity of three hundred.

Kamoto says elephants in Liwonde National Park continue to grow in population due to the bleeding status of elephants in the park per annum, hence exerting pressure on the small area in the Park

"We started moving these animals since last week and so far, twenty elephants have been translocated to Kasungu National Park," said Kamoto.

"The Liwonde National Park carrying capacity of elephants is only three hundred but so far we have over six hundred, we will be comfortable to have the normal capacity in this park," he added

"People including chiefs are happy now that the current population will be reduced," Elisa noted.

Another batch of elephants captured under animal translocation exercise to Kasungu National Park took place on Sunday at Liwonde National Park with cow Elephants together with their families captured.

Several stakeholders from traditional leaders and media witnessed how the capture is conducted at Liwonde National Park.