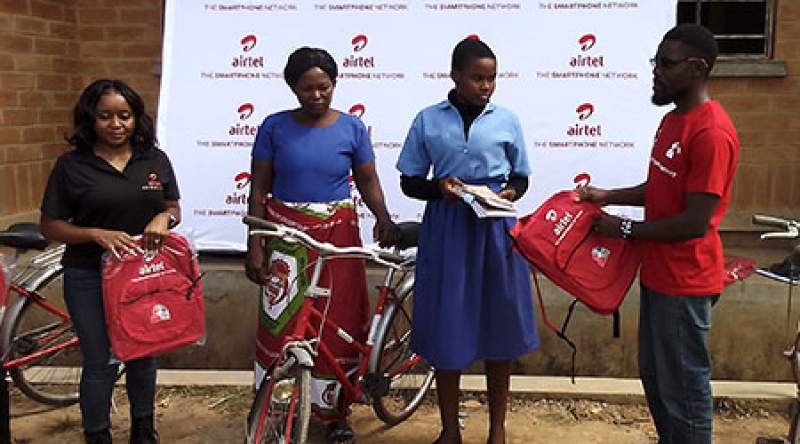 She said that Airtel Malawi believes that education is key to everyone life; hence, taking part in uplifting the standards of education of needy students.

"We believe in education and when Two Wheels to School project approached us, we did not hesitate to partner with them. So, we are sponsoring ten learners from ten schools across the country but those who perform well in class," she said.

He noted that learners who have potential to achieve greatness in education but lack mobility and learning materials should be assisted fully by able people.

"Our group is helping star performers with bicycles, exercise books and school fees with an aim of easing some of the constraints that they face in pursuing studies," he said.

He further disclosed that plans are underway to approach other organizations for the same cause so that they extend their project to other districts.

In her remarks, Thokozani M'mangitsa, a form 3 learner thanked the two organisations saying this gesture will lessen the burden parents bear in sending their wards to school.

Headteacher for the school Wexter Zingwangwa advised the learners to take responsibility in taking care of the donations saying they remain school property.

"We sat down with parents and talked about this matter and they all understood the importance of taking care of the bicycles. The bicycles are on a pass on basis", narrated the headteacher.

Two Wheels to School project is helping ten schools across the country to a tune of 5 million Malawi kwacha donated by Airtel Malawi for a year and each school will receive five bicycles.