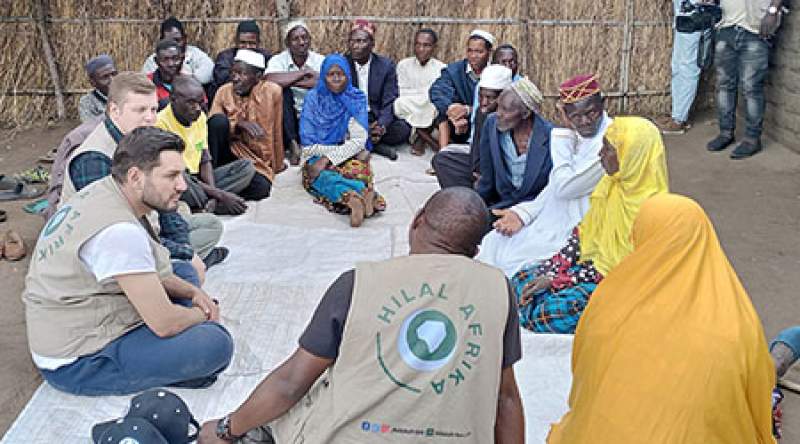 A Germany based charitable Organisation, Hilal Africa, has committed itself to pay school fees for all needy students around the area of Senior Group Village head (GVH) Kamtande in the area of Traditional Authority Lulanga in Mangochi district.

Chairperson for the organization, Umut Turan, which is working with Islamic Foundation for Development in the country made the commitment after meeting chiefs and other local leaders in the area where they discussed possible interventions that communities wish other stakeholders to help them for sustainable development.

During the meeting, Senior Group Village Headwoman Kamtande, said the area, which is one of the hardest to reach areas in the district, has a lot that need urgent attention including education, health, water and sanitation and food insecurity.

"People do not have food this year, it is my fear that we will face hunger," said Senior group Village head Kamtande.

The GVH also complained of issues with water and sanitation saying despite having boreholes, they are not enough for the fast growing population which is already battling with an outbreak of scabies.

In his response Turan said will work with the communities to make sure that they have some of the necessities starting with school fees for every needy child from secondary school to university.

He said there is already a network which he established in Germany last year where some committed people will put their resources for some developments in Malawi including education, where about 60 students have already started benefiting in other districts where they are working.

"For this area We can provide as much funds as the students are coming, there is no limit on this, but we may base it on performance," explained Turan.

Turan also promised to do something in areas where there are outbreaks of scabies in the district, saying they are not diseases which people should be suffering from in this era.

The organization also slaughtered over 60 cows and goats for the people as part of Eid ul-Adha or the festival of sacrifice.