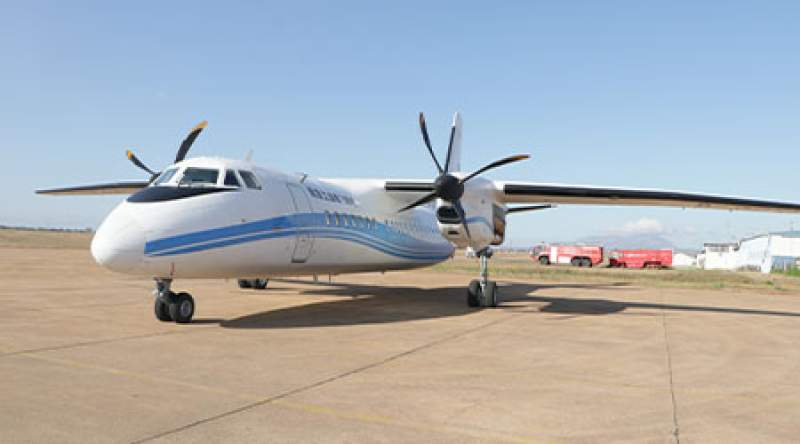 One of the two birds - pic courtesy of MDF

The Malawi Defence Force (MDF) says the two MA600 aircraft it has purchased from China National Aero-Technology Import and Export Corporation will help cut costs on official government trip within and outside the country.

This was disclosed at Chileka Airport in Blantyre on Monday, July 18, during the handover ceremony of the two aircraft.

Lt. Phiri further said the two aircraft will also help lower expenses for government top officials, including the president because they have ability to fly over 2, 000 kilometres.

"Likewise, other ministries can also be able to utilize these aircraft, and through appropriate arrangements, they can be assisted. This is advantageous as it will save a lot of money," he said.

Defense Secretary Erica Maganga has hailed the China National Aero-Technology Import and Export Corporation for delivering the two aircrafts in time of need.

"We are very happy as a ministry that the aircraft have come because they will be used by Malawi Defence Force's Air Force Unit. We'll now be looking for other gaps [because] as of now the gap of aircrafts has been addressed," Maganga said.

She concurred with Lt Phiri that the aircraft will lessen the MDF’s transport costs since they will not be hiring any to go to places of peacekeeping.

"These aircraft will assist us in many ways; the VVIPs will be using these aircraft, and also to transport our forces to DRC for various tasks on peacekeeping," she said.