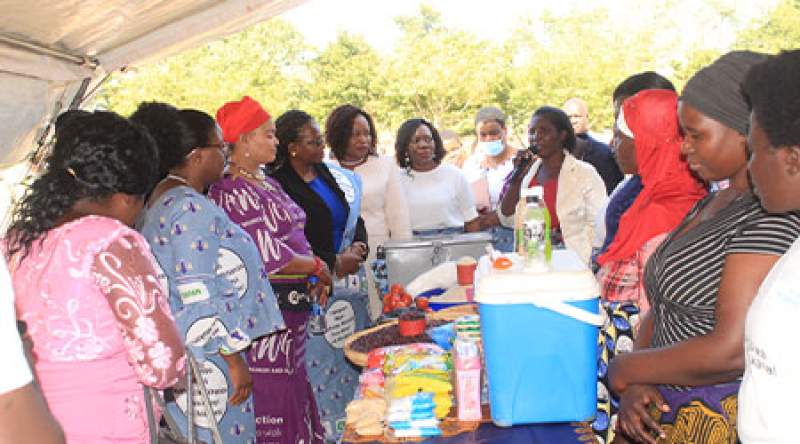 United Women has implored stakeholders in the country to commit more funding towards the fight against Gender Based Violence (GBV) saying there is a lot more work to be done if the country is to achieve desirable results.

UN Women Representative to Malawi, Letty Chiwara, says no GBV case is supposed to happen, which can only be achieved if partners engage an extra gear in fighting the vice.

She spoke in Nsanje yesterday where Women’s Legal Resources Centre (WORLEC) was showcasing the impact of its three year multimillion kwacha project on addressing violence against women and girls.

The District’s Gender Officer, Edison Njembe, disclosed the district has recorded 336 child marriages from January to June this year, describing the number as worrisomely high.

“The issue of GBV is as bad as Covid-19 and I think as much as partners all over the world came together to fund Covid-19, it’s the same way we are calling everybody to put resources together to fight GBV.

“The cases we have heard to have been recorded here in Nsanje, are only a drop in the ocean and for us UN Women, even one case is not supposed to happen. It’s pleasing though to note that women and girls are reporting but it means indeed there is a lot of work to be done,” explained Chiwara.

Minister of Gender, Community Development, Patricia Kaliati, has since warned that government would “apply penal code 138 to ensure perpetrators of defilement and rape serve jail for the rest of their lives.

She added, “In a drive to ensure our girls are protected, all the bar owners who allow children to patronize their business places will be arrested and serve 14 year jail terms,” warned Kaliati.

“So utilization of star cycles, traditional leaders dialogues and the Gender Technical Working Group where we have a referral system, have proven to be effective to addressing violence against women and girls in Nsanje and Balaka districts.

She added, “Through a lot of awareness and issues of economic empowerment, we have seen a reduction in violence against women. We appeal to UN Women to continue funding us because we need to do more in protecting the women and girls.

“May other partners nationwide also come in, you see in Nsanje the project has only benefited two traditional authorities, where we only targeted 30 villages hence the need to increase the funding to ensure wide coverage.”

Meanwhile according the Nsanje District Gender Officer, 74 percent of child marriages have been terminated.