24 Years of Suffering; Woman Pleads for Help in Thyolo 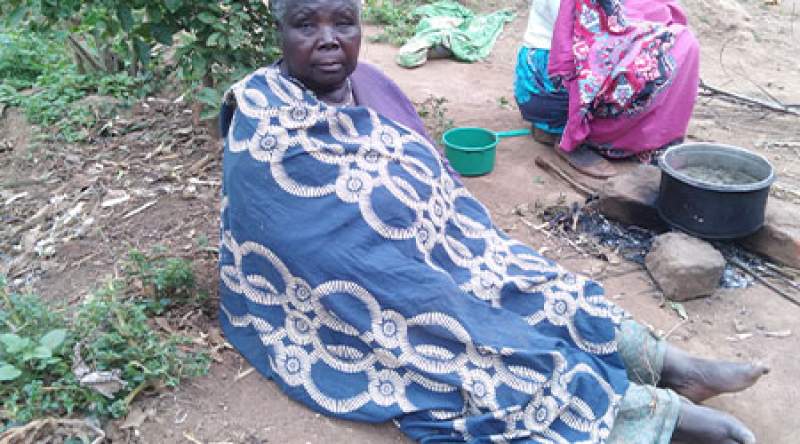 For the past 24-years, life for a 65-year old widow Verister Helibati in Thyolo has been hard due to her ailing health.

She has been sick from one disease to the other, and believes could be caused by one of the Non-Communicable Diseases (NCD).

Basking in the sun on a chilly Tuesday this week, in Namagonya Village, Traditional Authority Nanseta, some kilometres away from the Boma, Helibati said things got worse in 2007 when the disease paralysed both her legs and now she craws with difficulties to get in and out of her house.

The woman who was once a business person explained that she has been to various hospitals for medical help but nothing changed, saying a wheelchair would aid her movement since all the burden of caring for her lies on her daughter.

"I have really suffered a lot. I started feeling unwell some 24 years ago. But my legs gotten paralyzed around some 15 years ago. I cannot walk myself, but craw.

"I appeal for some well-wishers to help me with wheelchair to aid my movement," she appealed.

Thyolo District Principal Social Welfare Officer Derrick Mwenda says his office also assists in such conditions as they border on the welfare of a person, therefore will liaise with other stakeholders to source one for her.

He said: "We do assist such people as an office. But let me talk to the other officers."