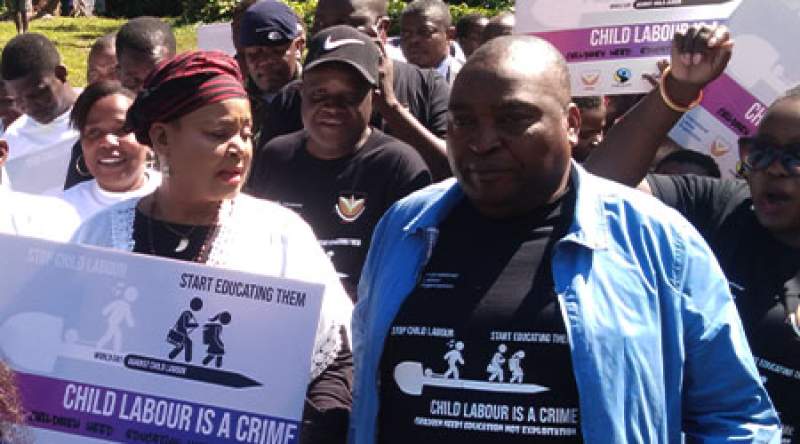 Tea Association of Malawi (TAML) has expressed hope that American Embassy will scrape off Malawi from the list of countries whose tea is dented with child labour.

Speaking to Zodiak, Tea Association of Malawi (TAML) board chairperson Sangwani Hara, said after the association engaged the US embassy in Lilongwe recently, it was revealed that the report based on third party and the status is currently under review.

Some few years ago, tobacco and tea appeared on American list of products dented with child labour, the perception Hara said the International Labour Organisation (ILO) has recently scanned and cleared.

"They did mention that indeed they were relying on third party report and they did not come talk to us. So, we said we are here the ones you are assessing, we have the programmes within the sector.

"So currently that status is under review and we hope that shortly, we will be off that list", he said.

Meanwhile, Minister of gender, social welfare and community development Patricia Kaliati warned, government will not tolerate any forms of child labour in all sectors that contribute to the country’s economy.

Kaliati however, said it is pleasing that Tea industry has made strides in eradicating the vice through prohibited policy and robust mechanisms.

"We are calling all parents, all companies be it tobacco association or tea growers, farmers not to employ children in their estates and this is what we are agreeing today," she said.

The tea industry is the largest formal sector employer in Malawi, employing 60,000 workers and providing livelihoods to more than 14,000 smallholder farmers.