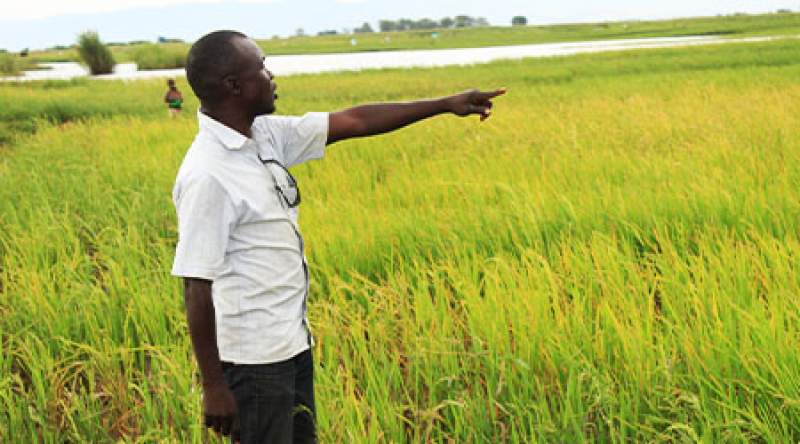 A farmers organization in Traditional Authority Mbenje’s area in Nsanje district, has committed to utilizing part of their proceeds in addressing challenges haunting learners particularly the needy at Mlonda Primary School.

The farmers under Mwayiwawo Irrigation Scheme won a tender of supplying foodstuffs to the school in question including rice, under World Food Program (WFP) home grown program.

The organization’s chairperson, Willard Njazi, told Zodiak Online that they are concerned with poor learners’ performance at the school particularly in national examinations with most learners failing to make it to national secondary schools.

“We have an irrigation scheme where we are cultivating rice. We are currently supplying our produce to the school. We felt duty bound to act on the challenges facing our learners by utilizing part of our proceeds.

He added; “We have huge plans, however, we appeal to authorities to assist us because our yield sometimes declines due to water concerns. We need water or solar pumps so that we can cultivate more but also produce more.

“Currently, we are only utilizing about nine hectares of the scheme’s 32 hectares,” explained Njazi.

He says currently they are realizing produce ranging from 30 to 90 bags of rice per household depending on water flow.

Njazi further lamented only 73 are utilizing the irrigation scheme against over 100 registered farmers.

The grouping’s secretary, Sekerani John, noted with concern that the school’s learners are mostly selected to a Community Day Secondary School (CDSS), “as if that is not enough very few only seven or eight learners make it,” lamented Sekerani.

The School’s Head teacher, Gaffar Bakali, has described the move as critical in promoting education, saying “it will help to lessen school dropouts and absenteeism.”

According to Bakali, the school has an enrollment of 1,656 learners.