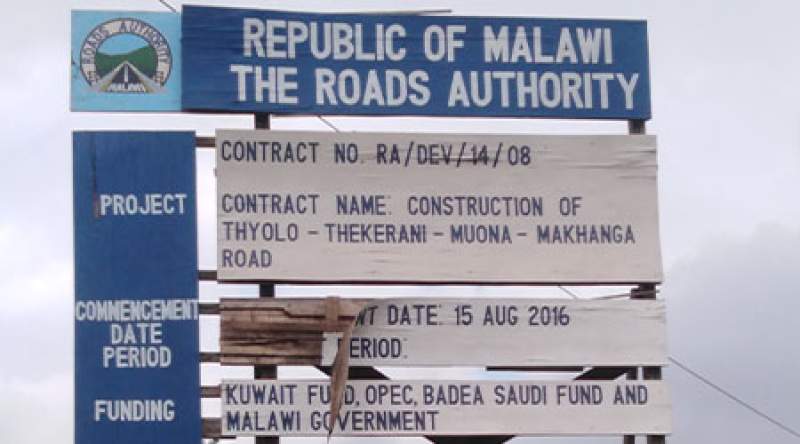 Government says it is upbeat the 83-kilometres Thyolo-Thekerani-Makhanga Road will be due for completion by October this year, now with six kilometres stretch remaining.

Roads Authority (RA) spokesperson Portia Kajanga, has told Zodiak Online on Wednesday that, the remaining section is mainly between Ruo and Makhanga where the contractor, Motal-Engil, was unable to deliver machines across Ruo River due to cyclones induced high water levels since January this year.

"To date, 77 kilometers of the total 83-kilometers of road from Nambala-wani to Makhanga have been substantially completed with minor works currently being attended to. The revised scheduled completion is in October 2022.

"The Contractor has also been repairing sections of whole road that were damaged by the two Cyclones. It has only been possible to cross the Ruo River last week," she said.

"It is very worrisome because we expect that when the government start a project, that means we consider that they have looked into the whole kind of issues, resources and challenges that will be in that project. That's why they take a lot of time.

"So when it comes to 12 years, changing several administrations it is worrisome because that would give room for corruption. That kind of project can be a channel for siphoning government money," Jere said.

The K32 billion road which has missed several deadlines, originally commenced in around 2008 and was relaunched in August 2016.

The road connects Blantyre to the East Bank of Nsanje through Thyolo.