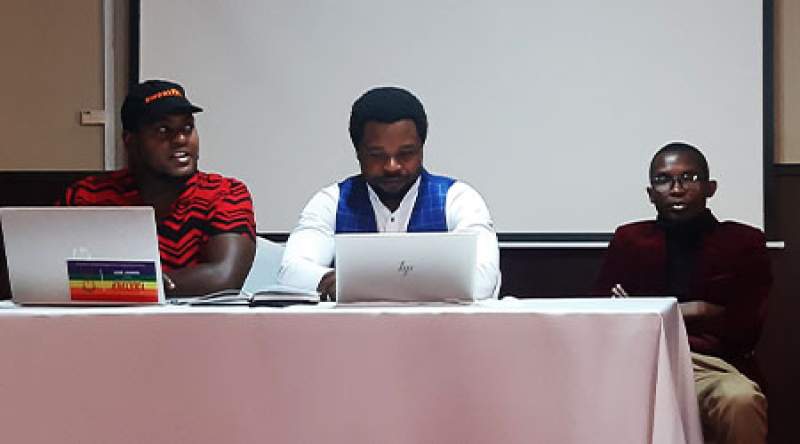 NRA Executive Director, Eric Sambisa, told journalists in Blantyre on Saturday that it is pathetic that lesbians, gays, bisexuals, transgender and intersex (LGBTIQ) plus people in the country face routine harassment, arrests, violence and discrimination yet Malawi is a member of the United Nations Human Rights Council.

He thinks Malawi needs to make some positive steps by repealing sections 137, 153, 156 of the Penal Code to create an inclusive environment for the minority community.

“We would like to call upon the leadership of the United Nations to hold the Government of Malawi accountable over its failure to promote and protect the rights of the LGBTIQ+ persons in Malawi,” said he adding that Malawi should move out the UN’ Human Rights council if it fails to do the needful.

Sambisa added that it is worrisome that the country has refused or neglected to address the growing condemnation from both local and international human rights activists who have been demanding the repeal of laws that criminalize consensual same sex relationships.

But Government says the liberty to change the laws lies in the hands of Malawians amid calls from the minority community that president Lazarus Chakwera should move towards removing laws that criminalize homosexuality.

Minister of information who is also Government spokesperson Gospel Kazako told Zodiak on Monday afternoon that the duty of president Chakwera is to defend the constitution and not what is outside the country’s supreme laws.