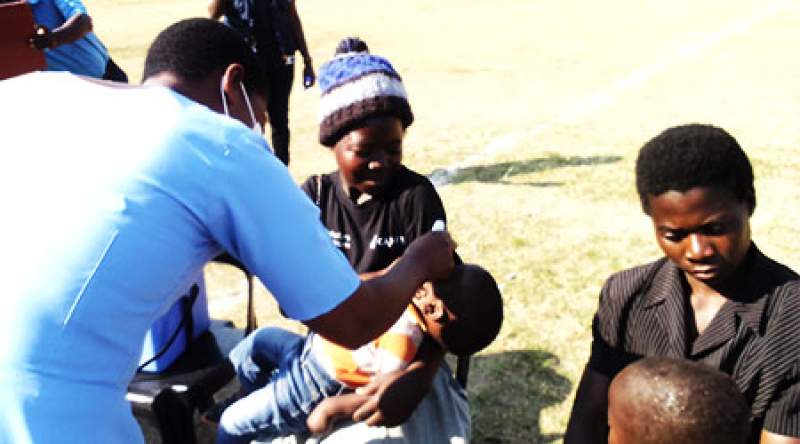 Neno district has today launched its third phase of the Polio vaccine in a bid to protect its under five children in the district from catching the disease, the phase will run up to the 14 of August this year.

Neno district hospital health promotion officer, Ganizani Mkwate says vaccination camps will be set up in all busy places like markets, bus depot's and in all health centres across the district.

"In order to get each and every under-five child, we have put up structures in markets, bus depot's, our clinics and in all busy places where people gather often," said Mkwate.

He then called upon people in the district, including chiefs and influencers to champion the campaign.

In her remarks, Neno district hospital Director of Health and Social Services Dr. Grace Momba projected that there are over two hundred children in the country who are yet to be diagnosed with the disease hence a need for parents to take no chances but vaccine their young ones.

She then said, as a measure of sensitization, her office is engaging with its Health Surveillance Assistants and traditional authorities to engage people on the campaign.

The DHSS then disclosed that the first and the second phases scored a one hundred percent mark.

Adding his voice, Neno district council chairperson councilor Mark Ngwachibwana asked men to be in the forefront in sending their wards to the vaccination camps, saying the burden should be shared by both parents.

"It's unfortunate that we, men, we throw the duty to women which is not commendable, we must step up efforts to eradicate this disease as it has the potential of ruining our children's future", warned Ngwangwa.

He then dispelled rumors that the vaccines being administered in the country are a symbol of satanism, saying they are here to benefit and not harm the population.