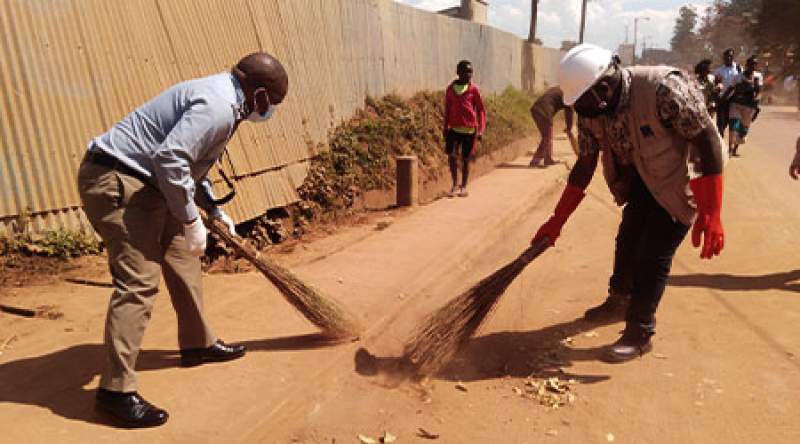 Authorities in Thyolo say National Clean-up Initiative can only be sustained if taken to the grassroot structures.

Speaking to Zodiak today on Friday during the Clean-up exercise Thyolo District Commissioner Douglas Moffat observed that people and local leaders are leaving it to officials.

Moffat said the council is now taking it to the grassroot structures such as chiefs and councilors to own it for sustainability.

"We will take this message to the council so that our leadership through traditional authorities, councilors and Area Development Committee level to advise their subjects to clean their establishments such as hospitals, schools, markets, headquarters of TAs and most importantly their households," he said.

On the lack of designated dumping site in the district, Moffat said they have budgeted it to procure some land for construction.

He also said they are in talks with the responsible departments to ensure that the wastes are processed into manure and commercial use.

One of the participants Taulai Kambalame, says it is the responsibility of every citizen to ensure Malawi is clean.

"This is an important mission. This is the duty and responsibility of every citizen to take part in this particular thing so that our towns and cities should be clean which would result in health people.

"I think people are just taking it for granted but for those people who the importance of this need to take part," Kambalame said.

President Lazarus Chakwera initiated the National Clean-up Initiative to be held on Friday of every second week of the month, but few are participating.