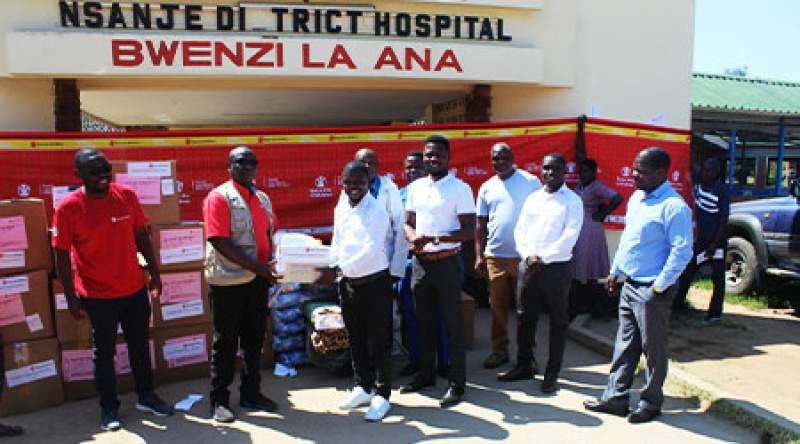 Save the Children (STC) has decried a surge in the number of children affected by a cholera outbreak in Nsanje.

STC Senior Technical Advisor for Health and Nutrition, Thoko Bema, noted with concern that 35 percent of children aged five to 14 years in the district have suffered from the disease.

He spoke on Friday when the organization donated K27 million worth of medical supplies to District Health Office for cholera response.

“We are supporting the DHO to respond to the current cholera which has mostly affected children. For Save, children are much of interest. We are duty bound to provide the young ones with a healthy start to life,” explained Bema.

He added, “So this response is part of a broader Cyclone Idai response covering Nsanje and Chikwawa districts in which we have invested over 300,000 USD.

“Specifically, these medical supplies have cost 25,000 USD, about K27 million.”

The Senior Technical Advisor for Health and Nutrition, for Save the Children, said the consignment comprises intravenous fluids including Ringer’s Lactate and medical drugs including Antibiotics and Pain Killers.

“We want them to utilize the medical supplies in managing such cases,” said Bema.

“We have recorded 290 cholera cases cumulatively of which 90 are children between the ages of five and 14, representing 35 percent.

“Children are affected most and so the medical supplies will help us a lot as we are still admitting cases.

We had no single pack of fluids because were using normal supplies in responding to the outbreak thus creating a gap,” Explained Dr. Khumalo.

He told Zodiak Online, the outbreak has claimed 13 lives.