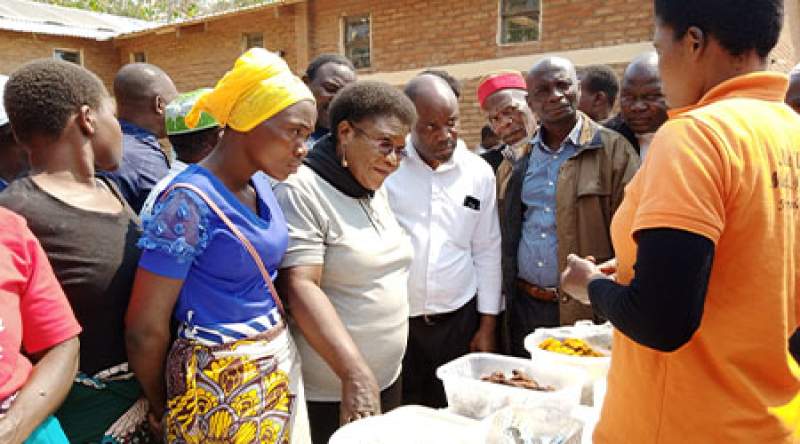 An International organization, Christian Aid Malawi has bemoaned that there continues to be poor investment in pigeon pea farming by government and the private sector, a challenge affecting farmers to leap maximum returns.

The organisation's programme specialist, Robert Thindwa says pigeon pea farmers continue to be exploited by vendors who buy the crop in raw form, amid unstable Indian markets due to Malawi's failure to invest much in value addition.

He says pigeon pea farming has the possibility of uplifting the country's economy, but lack of proper investment is dwindling the sector.

Thindwa was speaking on Tuesday at Khamalathu Cooperative under Traditional Authority Chikwewo in Machinga, during a symbolic exiting of a 950 thousand pounds (approximately 1.1 billion kwacha) Malonda Project, implemented in Mwanza, Balaka and Machinga to empower pigeon pea farmers with value addition skills among others.

"Authorities are failing to invest in pigeon peas which is affecting the quality of crops being sold to vendors. We should invest much in value addition so as to reap much profits from the sales," noted Thindwa.

Nandolo Farmers Association of Malawi Chairperson, Susan Chimbayo agreed with Thindwa but blames government for setting up minimum prices for the commodity, which it fails to monitor its implementation among buyers.

"It is high time farmers prioritized the crop as it does not require fertilizer whose prices continue to rise. When government sets up prices of our crops, it doesn't even have interest to monitor implementation by buyers, which is unfortunate," she said.

Machinga district Chief Agriculture Office, Feston Kwezani has urged farmers to form cooperatives so as to avoid exploitation from vendors, same us to promote value addition of their crops including pigeon peas.

"It is important for farmers to form cooperatives nowadays because it is easy to reach them with support among other important elements in Agribusiness," said Kwezani.