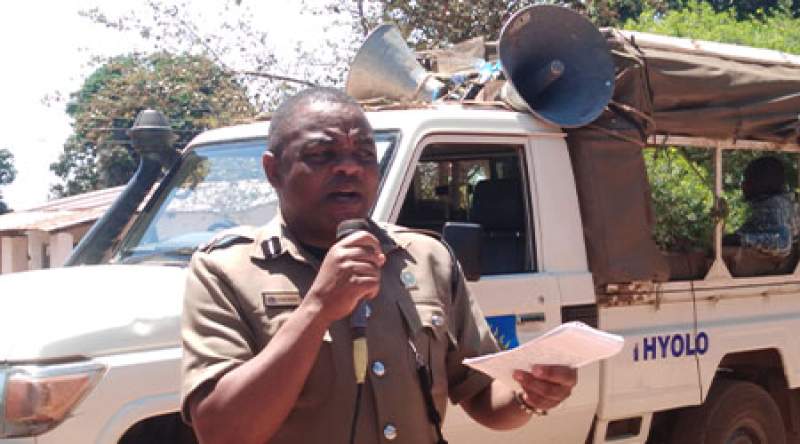 While urging the communities to desist from initiating the corruption, he has vowed to deal with any officers who will be reported.

Kaluwa said this on Tuesday at Khwethemule headquarters and Group Village Headman Kautuka during sensitisation meetings on access to justice.

During the event, communities openly told Thyolo Police Officer in-Charge, they do not believe that police bail is free arguing, some police officers ask for money ranging from K40,000 to K100, 000 to release their relations.

"I am encouraging them to come to me so that we can deal with that particular of person as a person. We cannot allow few people to be tainting the image of all the police officers. As the OC, I do not take that nonsense," Kaluwa said.

"Sometimes is the relatives of the suspects themselves who initiate the corruption, offer bribes to the police officers. This is because they do not want to be patient enough for the justice process to be followed and be granted bail later. They desperately give money to the police officers to release their relatives as one way of demonstrating their love to the person", Kaunda observed.

On the other hand, stakeholders also lamented growing incidents of suicide among men, mob justice, property grabbing and defilements in the district.

The European Union under Chilungamo Programme is funding the sensitization activities through NICE Trust to enable communities understand the justice processes.