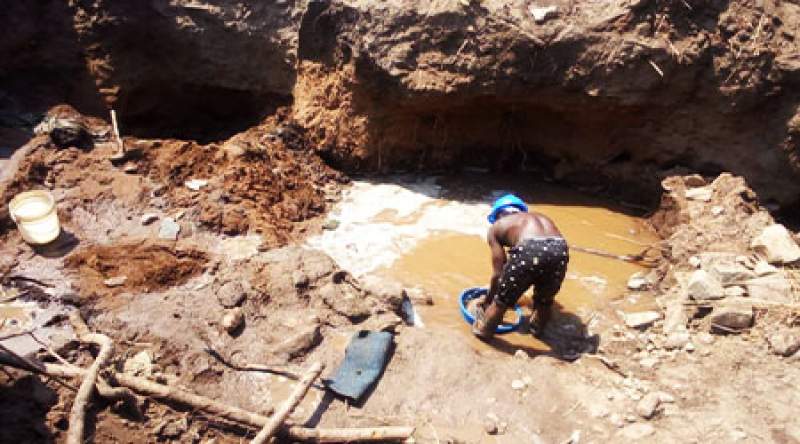 Education stakeholders in Balaka have bemoaned mining activities happening at Phalula in the district as a set back to education as nine out of 190 pupils at Chitimbe Primary School have written the final term examinations.

The school’s deputy headmaster, Jonathan Thambo, told Zodiak that most of the learners are absconding classes and prefer spending their time at the mine.

"We have children here that are no longer interested in school because the mine does not bar anyone from joining the activities happening there and that's worrisome," said Thambo.

On his part, Balaka Civil Society Organization, Chairperson John Bamusi says the CSO is concerned with what is happening at Phalula mining where cases of  school dropout, child marriages, sexual exploitation and child labour are rampant.

Bamusi expressed his concern when the CSO toured and supported the engagement meeting between the mining authorities and community leadership on Friday to appreciate the situation at the mining site on child exploitation.

"We will engage the council to work hand in hand with the CSO to enforce by-laws to curb the vice, strengthen governance structures establish a police forum, support school management and strengthen mother groups for counseling and monitoring among others in the area," he said.

"We enlighten them on the consequences of hiring minors to work in the mines which would consequently lead to closure of the mine," she said.

"They know the mining rules and must act professional other than that it would be like the tobacco growing scenario because of  stifling with child labour by-laws,"added Bendera.

Ministry of Mining Spokesperson, Khumbo Banda says authorities will follow up the matter.