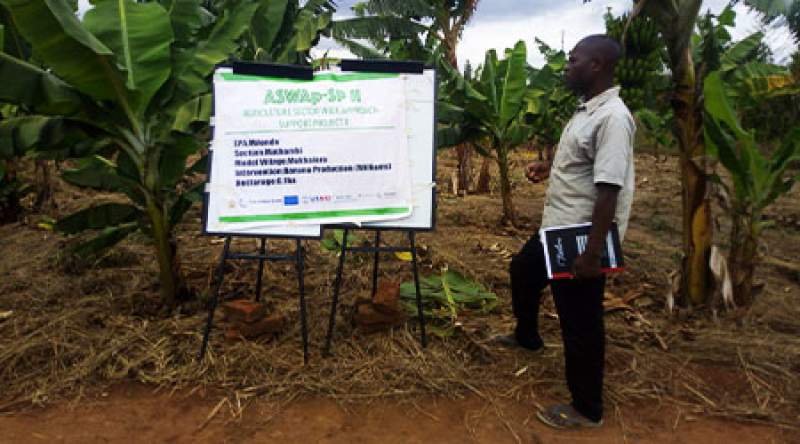 Authorities in Blantyre Agricultural Development Division have announced a remarkable progress of banana restoration in the division despite continued resistance by some farmers to uproot disease affected plants and grow clean materials.

“With this progress, we are hopeful that by the end of ASWAP SP` 11 project in June next year, we might reach 900 even 1000 hectares and we have intensified awareness meetings with farmers to make them understand this initiative,” said Maloni.

He said among the three districts of Mulanje, Thyolo and Phalombe where government is implementing ASWAP 11 project in Blantyre ADD, only Mulanje is lagging behind in banana rstoration.

Director of Agriculture, Environment and Natural Resources at Mulanje District Council Yaz Nyirenda told Zodiak Online that some farmers are reluctant to uproot affected banana plants as they fear for economic loss in a period between uprooting and start reaping from the new planted bananas.

“We will continue addressing this fear through various gatherings using different initiatives until all the old bananas are removed and disease free suckers are planted,” said Nyirenda.

And Principal Secretary in the Ministry of Agriculture responsible for technical services Medrina Muloza Banda who visited some ASWAP projects in Mulanje district on Thursday said she was impressed to see many farmers mostly women embracing ASWAP 11 activities.