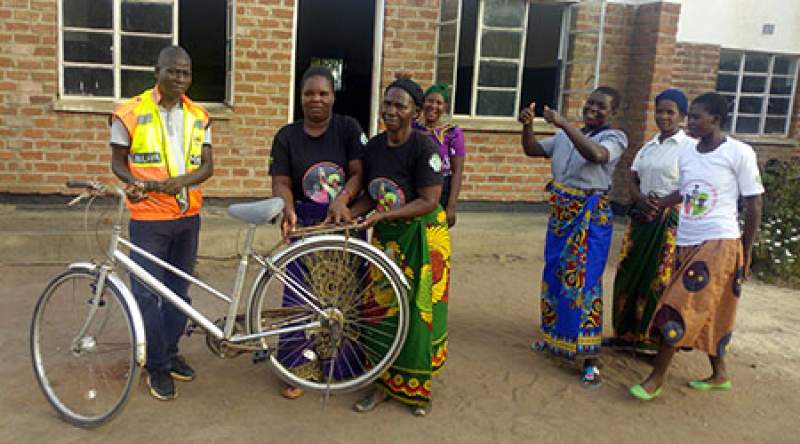 The women handing over the bicycle - pic by Ronnex Chiwanda

Authorities at Chitekesa Police Unit in Phalombe have singled out mobility challenges and inadequate personnel as major challenges affecting their operations.

The Unit's Officer In-Charge, Sub Inspector Paul Chisanu told Zodiak Online on Wednesday that the Unit has only four police officers and no vehicle despite the Unit having a large catchment area.

He said that "it takes time to reach crime scenes due to lack of transportation and in most cases, we use own resources meant for our families to serve people."

He disclosed this when a group of women dubbed "Nkhanza Toto" in the the area of Traditional Authority Jenala in the district supported the Unit with a push bicycle to help in curbing gender-based violence in the area.

Vice chairperson for the group, Thoko Kamoto, said they decided to support the Unit with a bicycle to assist in the fight against GBV, an initiative they are promoting in their respective communities.

Nkhaza Toto Women group is an initiative of Centre for Alternatives for Victimized Women and Children (CAVWOC) aimed at fighting gender-based violence.