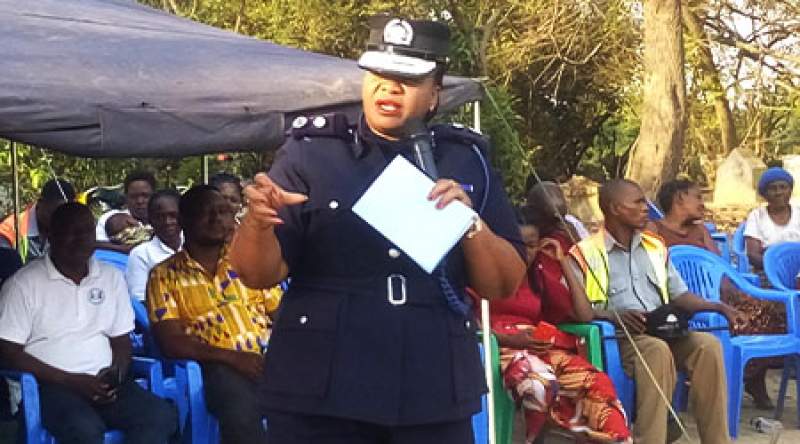 Commissioner of Police responsible for South Eastern Region Chikondi Chingadza says the region is a conduit of human trafficking as six of its seven stations are within the border with Mozambique.

Commissioner Chingadza who spoke in Luchenza on Friday during a community policing meeting said except Chiradzulu, Mulanje, Phalombe, Thyolo, Luchenza, Nsanje and Chikwawa police stations are within the border with Mozambique.

She said this makes the region to be a route of human traffickers and she said they have started building capacity of local structures in controlling human trafficking.

“I plead with you, the local leaders, parents and you, the youths to be careful with some people who might come and tell you that there are offering decent jobs abroad yet they are criminals who will in the end exploit you,” said Commissioner Chingadza.

“In the project, we are expecting to increase knowledge on combating human trafficking to police, immigration and social welfare officers and the general public in the two border districts of Mwanza and Mulanje,” said Mandinda Mzungu, the organization’s Diocesan Secretary.

During the meeting, Reverend Johnson Damalekani of Luchenza CCAP Church expressed worry with the increase of homicides, adding that the value of life has no comparison.

“Let me remind Malawians that once lost, life cannot be replaced, and just as God protects our lives, we also need to do the same,” said Reverend Damalekani.