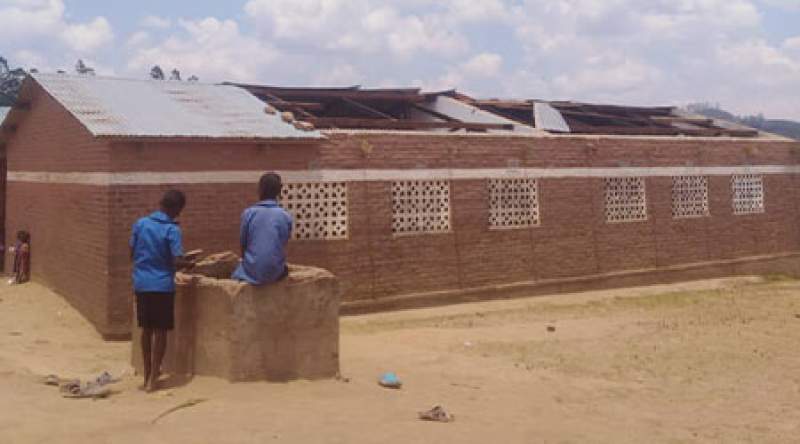 In Neno, strong winds that blew last night have damaged property and several houses and reportedly injured a two-year old baby who was sleeping in one of the houses.

The child who is from Kalioni village in the area of Traditional Authority Chekucheku is currently admitted to the district hospital.

Neno district council disaster officer Brighton Mphinga says his office will from Monday commence a rapid disaster assessment to establish the extent of damage and come up with a needs response plan.

"From tomorrow on Monday, will will be on the ground to establish extent of damage, and infact our team is already on the ground, this disaster is an isolation one as it has happened in an area where it's not a prone area", he said.

"We want to develop a mitigation mechanism where people protect themselves before it becomes extreme and out of hand", he narrated.

The winds have also damaged a school block and an office at Chilimbondo, Muonekera and Mpimbi primary schools.

Houses in Chakulembela in the area of Senior Chief Dambe and Traditional Authority Chekucheku have also been affected in the district.

Other three people have been treated as out-patients following the disaster.