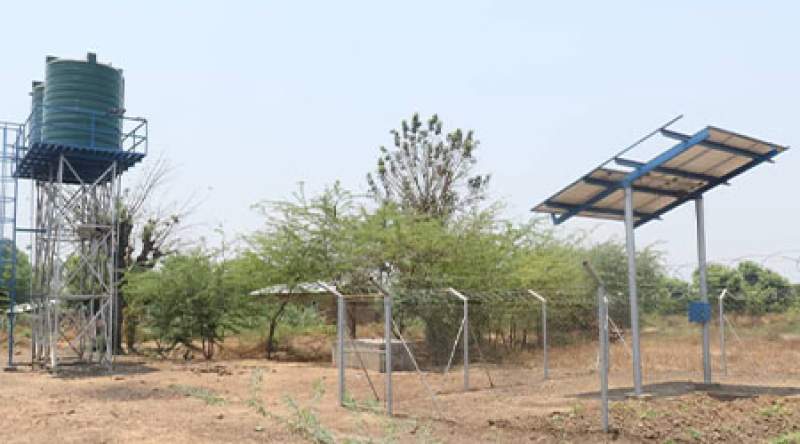 A Solar powered water pump initiative being implemented by Water for People has been hailed as a best solution in ending perennial water challenges in Chiradzulu district.

Water for People District Coordinator for Chiradzulu, Dorothy Bandawe, has disclosed to Zodiak Online in interview that with the solar powered reticulated water system, the organization is able to reach to a wide population unlike with the normal hand pump water system.

"This is particularly the case as with the solar powered water pumps, we are able to distribute water to areas with hard terrain to drill a normal borehole," said Bandawe.

Currently, the organisation with funding from Charity: Water and Anonymous F, the organisation has constructed about seven solar powered water pumps in the areas of Traditional Authorities Likoswe, Mpunga, Kadewere, Chitera and Sandrak in the district.

Group Village Headman Dyanyama of Traditional Authority Sandrak in the district says majority of people in his area are now able to access clean potable water courtesy of the initiative.

Chiradzulu has got a population of close to 400 000 people majority of whom live in rural areas where access to clean water remains a challenge.