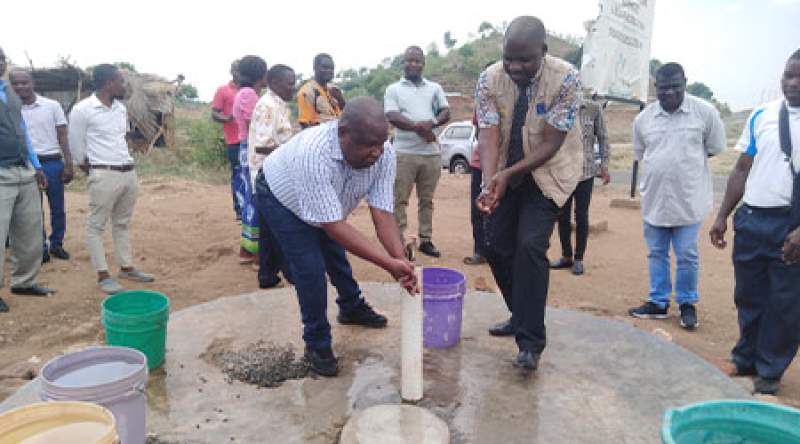 A plea has gone out to communities around the newly commissioned Sankhulani solar-powered water scheme which is supplying potable water to over 31, 000 people in Thyolo and Nsanje to desist from vandalism and cultivating at the intake.

Speaking to Zodiak Online on Thursday, director of administration in the ministry of water and sanitation, Joseph Magwira says the World Bank funded water scheme under the Malawi Drought Recovery and Resilience Project (MDRRP), is designed to clean biological and not chemical elements such as, fertilizer from farms which are hazardous to humans.

Magwira believes supply of potable water to rural areas like that of Sankhulani solar-powered water scheme   is a right step towards realization of Sustainable Development Goals come 2030.

Magwira however, is concerned with reports of vandalism and cultivation at the source of the scheme which will defeat the whole purpose of ensuring that people are consuming potable water.

"The danger is, what we treat here is biological but chemically, we are not yet there. So, with these fertilizers that they use when they get into the water is dangerous to people," he said.

Scheme manager James Mselera said: “Communities contribute a little something which is used to maintain the water points. But there is a serious challenge at the intake chamber where there is environmental degradation. What is happening there is that people are cultivating up to the intake chamber exposing it to siltation", Mselera worried.

Moffat has testified that two months after the emergency of cholera in the district, no case has been recorded in the areas of Traditional Authorities Nsabwe, Mbawera and Thukuta, thanks to the multi-million-kwacha water project.

"What we are going to do is to engage the local people including the councilors and chiefs to discuss this matter thoroughly and come up with measures that should be able to arrest the impending danger that is before us," Moffat committed.

Now the project is extending water taps to more communities and Joyce Chiwaya, of Gatoma village, Senior chief Mlolo in Nsanje and Siteliya Chiwaya of Ndadzadala village, Nsabwe, have echoed the gains which include stability of marriages and freedom to water borne diseases.