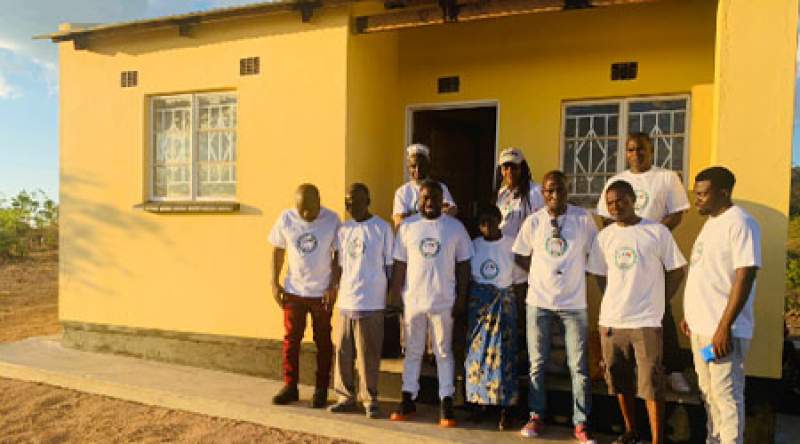 The group after handing over the house - pic courtesy of AMAI

The Association of Malawians in Ireland (AMAI) has built and handed over a house to an elderly woman at Mbalula village in Mangochi district.

AMAI President, Henry Mkumbira Phiri, says he was excited to represent the Malawian community in Ireland when he personally handed over the keys to Gogo Wetu on 27 November, 2022.

Mkumbira said the project costed K2,950,000 including a separate kitchen, toilet and bathroom.

he also thanked all partners of the project including Malawians living in South Africa and UK who financially contributed towards the project.

Gogo Wetu commended the Association for remembering her in her tough times and asked if the same can be extended to others.

The district social welfare officer, Daud Saliwa, said Gogo Wetu was identified because she was living in a small shelter with her 15 grand children.

The group village headman for the area, Mr Kasila also thanked the Association for the good gesture and requested if they can do the same for others in his village including him.

Meanwhile, the Association has disclosed long term vision to build one house per year for the elderly in Malawi.