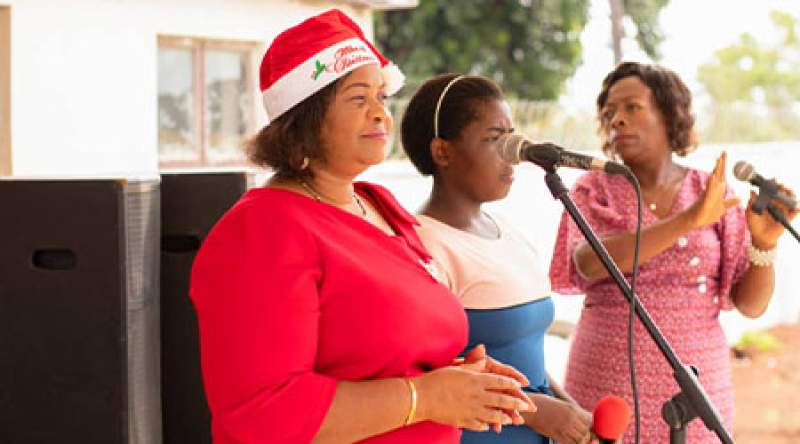 A church minister has challenged police officers to restore and build their lost public trust by executing their duties professionally while fearing God who blessed them with that job.

Reverend McDonald Kadawati said this in his sermon on Wednesday during the joint Christmas Carols and interdenominational prayers organized by South Eastern Police Regional Headquarters in Luchenza.

“You should remember that your job is a calling and you should strive to maintain your integrity and professionalism when serving the public,” said Reverend Kadawati, the Emeritus Moderator and General Secretary of Blantyre CCAP Synod.

On her part Commissioner of Police for the region Mrs. Chikondi Chingadza said officers are encouraged to ask God for guidance, direction and protection as their job is full of risks and temptations.

“Let me also take this opportunity to advise the public against complacency during this festive season as some criminals might be organizing themselves to hit their homes or attack them,” said Commissioner Chingadza.

Director of Spirituals, Integrity and Counselling in the Malawi Police Service Reverend Father Steven Likhutcha said the law enforcers are expected to work in holiness and goodness.

“I urge the general public to desist from putting the men and women in uniform into bribery and corruption instead support them in fighting against crimes,” said Father Likhutcha.

The clergy from different denominations prayed against harsh weather, accidents, criminal activities, diseases such as HIV and AIDS, COVID-19 and cholera, and Gender Based Violence.