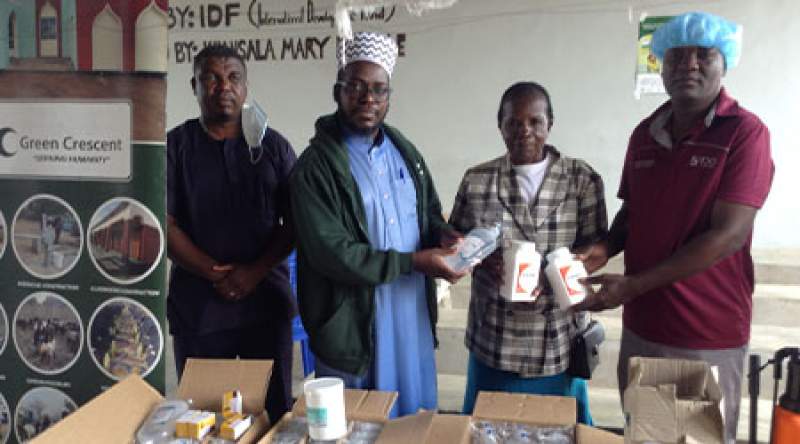 As the cholera outbreak continues to hit most parts of the country, three ward councilors of the most affected areas of Makhetha, Limbe and Bangwe in Blantyre say apart from providing treatment to patients, the government and development partners need to consider supplying food aid to those receiving treatment in cholera units.

Speaking after Green Crescent Charity donated medical equipment and drugs to treat cholera patients on Saturday, Councilor for Nkolokoti ward, Mary Kachale, Gerald Lipikwe of Limbe Central ward and Isaac Jomo Osman of Mthandizi ward in Bangwe said that some patients are struggling to get food citing men who are going to hospitals without guardians.

“We are facing serious cholera challenges in Makhetha. As we speak, patients that are admitted to the facility are lacking food. We ask development partners and well-wishers to support the patients,” said Kachale.

Concurring with Kachale are Lipikwe and Osman who said patients at Limbe and Bangwe health centres are also facing similar problems.

“Some patients, mainly men, are coming to the facilities without guardians and they are starving. Such people need support,” they said.

Our visit to cholera hot spots of Bangwe, Limbe and Makhethe observed the great work that hospital workers are doing in taking care of the patients, with around 37 patients at Bangwe crammed in one tent.

“As a charity organisation, we heard that there is a big need to overcome the current cholera crisis, so we decided to come in and support. We have donated some equipment and drugs to treat cholera patients at Makhetha, Bangwe and Limbe,” said Sheikh Ahmed.

He added that they are expecting to make more donations next week including chlorine to make sure that the outbreak is contained.

Sheikh Ahmed added that his organisation will in the near future consider drilling some boreholes in the city of Blantyre to ensure that many residents are accessing clean water.