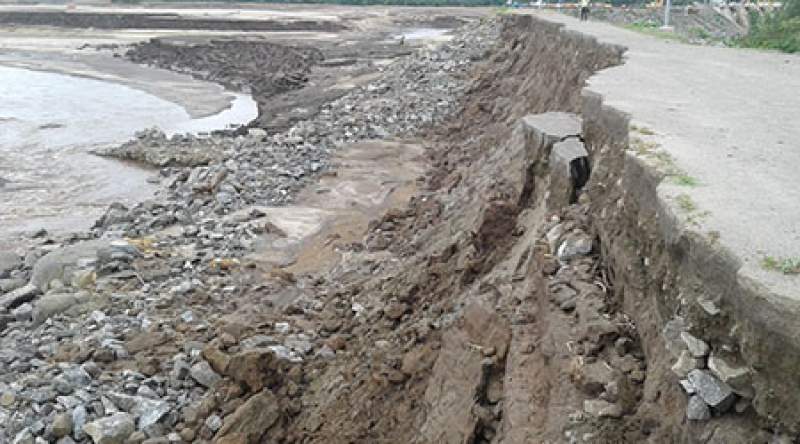 On 19 January, 2021, Malawi embarked on a long journey. A journey that aims to transform Malawi into a wealthy and self-reliant industrialized 'upper middle-income country' by the year 2063.

It was the day the country launched its ambitious development blueprint, the Malawi 2063 MW2063) vision.

“Time has come for us to create wealth in an inclusive manner and be self-reliant,” said Malawi president, Dr. Lazarus Chakwera.

His vice, Dr. Saulos Chilima, echoed that “the Malawi we want is possible and will happen.”

Just a year into the journey, on 24 January, 2022, the country was hit by Tropical Storm Ana. It is estimated that about half a million people were affected by the floods that had hit the hardest the southern region districts of Nsanje and Chikwawa. At least 46 people were killed, with 18 missing and more than 200 injured.

Several infrastructures that include power supplies were also damaged by the storm. The Department of Natural Resources and Climate Change predicted extreme weather events affected by climate change in the country.

Among the structures damaged, the storm knocked down the Kapichira Hydro-power Station in Chikwawa district which is run by the country’s major power generator, the Electricity Generation Company of Malawi (EGENCO).

It was transpired that national grid was deprived of 130 Megawatts of electricity generated by the station owing to the damage.

EGENCO Chief Executive Officer, William Liabunya, said that “we have lost the dam here because the control mechanism that we had to take the water to the intake of the machines has been destroyed.

"We had the training dike and that has been washed away and on the dam wall you have seen that now the water is passing through the dam wall and therefore we cannot hold any water at the dam and through that, we cannot generate any electricity.”

A year has gone now and the station is yet to be resuscitated, a development that has starved the country of electricity which is very crucial in the MW2063 journey. Rehabilitation works are still underway.

The Kapichira shut down is a threat to the chase of the country’s development aspirations as echoed by Chancellor Kaferapanjira, president of the Malawi Confederation of Chambers of Commerce and Industry.

According to Kaferapanjira, the persistent power outages mounted pressure on fuel demand for industrial production which, in the end, dried up the country’s fuel reserves.

“We are saying that if EGENCO had worked on that much earlier, perhaps the demand for fuel could have been much less and, therefore, foreign exchange demand would also have reduced by a proportionate amount,” said Kaferapanjira who added that the development was a blow to the private sector in the year 2022.

In 2022, long queues characterized pump stations in the country as motorists scrambled for fuel.

“What the country lacks is sustained supply of forex. When fuel gets to Beira in Mozambique or Dar es Salaam port in Tanzania there is need to clear it immediately, but such has not been the case in recent times because of the forex challenges.

“When that happens the government in those countries confiscate the commodity to their warehouses and redemption is not always easy,” he said.

Kaferapanjira said this does not only affect the private sector alone but also the entire economy of the country.

“Economy cannot grow as expected with the situation at hand. For example, government is projecting a 2.7 percent economic growth. This is too low because if population growth is above 3.7 percent, it means we are moving backward.

“We know there are some challenges retarding economic growth but there are other things which we can do better. As private sector, we feel we have not been done justice by the energy sector,” he said.

Meanwhile, EGENCO has expressed hope that it will start operating two of its four machines at Kapichira station by the end of February this year which will be generating 65 Megawatts.

“We are restoring the primary coffer dam, the wall that was used at the time they were constructing the dam to separate the river against the construction of the dam especially the intake. We are building it to 145.5 meters above sea level. When we reach that point, we can be able to generate power at least using two machines,” said Liabunya.