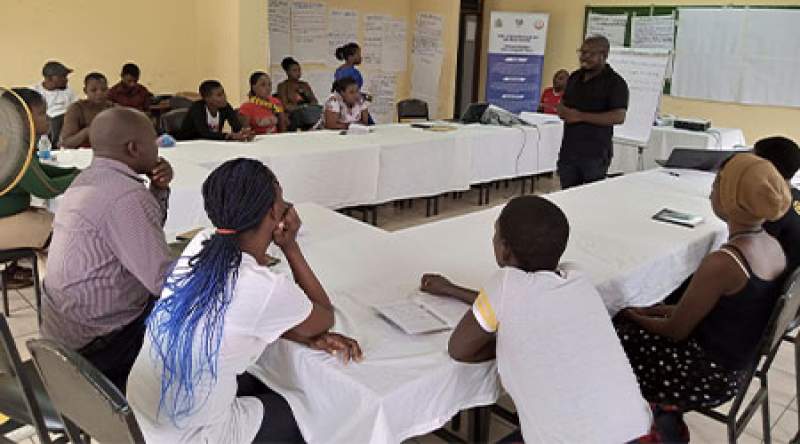 Forum for Youth Development (FOYODE) has expressed dismay with continued discrimination coupled with gender based violence towards female sex workers in the country despite Malawi being a signatory to several treaties including the United Nations’ ‘Leave No One Behind’ commitment.

She was speaking during a training of Machinga-based female sex workers aimed at making them to become Peer Educators under a one-year ‘Tipatseni Thandizo project’ with a $20 000 (approximately K20 million) financing from The U.S President’s Emergency Plan for AIDS Relief (PEPFAR).

"It is very pathetic to hear that issues of discrimination and gender based violence’s toward female sex workers in the country are continuing. We need to educate members of these minority group to realize and demand their rights whenever the seek social services, which they are currently being denied," said Gundo.

"If you remember, Malawi signed some treaties aimed at protecting and engaging minority group members in all developmental projects, but it seems we are yet to start utilizing it," she added.

A female sex worker at the function, Edina Saoneka, says men take advantage of them by mistreating them, same as health officials keep on distancing themselves from assisting the sex workers with essential health services, including HIV/AIDS services.

"It's high time we were given attention as all Malawians receive. With this training we will demand the rightful services from providers and report any mistreatment we might encounter," said Saoneka.

Meanwhile, Coordinator for STI services at Machinga district health office, Kenneth Mkandawire, says the district has an HIV prevalence rate of 12 percent among its female sex workers, hence the need for improvement in service provision.