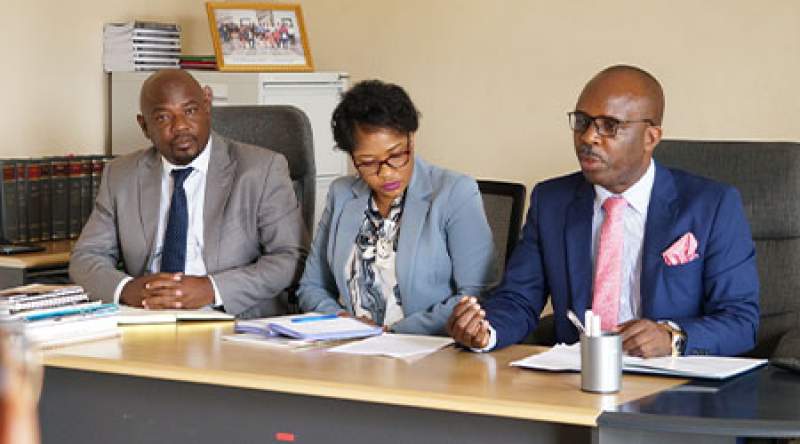 State human rights organs and the Centre for Human Rights Education, Advice and Assistance (CHREAA) have demanded the immediate tabling of the Prison Bill in the February sitting of parliament, (a bill) which they feel has gathered dust on the shelves for about ten years now.

Speaking at press briefing in Blantyre on Monday, CHREAA Executive Director Victor Mhango lamented the delay of the bill which was first drafted in 2003, but was turned down at cabinet level, before a special law commission reviewed and submitted the report to the Ministry of Justice (MoJ) in 2013.

“The question is why we are waiting this much? Is it because it deals with prisoners? What if it was a bill to do with education? For sure, they could have done that as soon as possible. Why is the prison bill taking ages?” wondered Mhango.

Mhango said the 1956 Prison Act which Malawi is using now, is archaic, punitive and does not conform to the bill of rights.

“Issues like giving corporal punishment to inmates, which is in conflict with the constitution. It is outdated and therefore needs to be aligned to the constitution,” he said.

On his part, Malawi Human Rights Commission regional coordinator, Victor Khwima, said the 1956 Prison Act is against all the reforms, reports and human rights recommendations and calls for human dignity of inmates which they have been making to the government.

In a separate interview on Monday, Chairperson for the Legal Affairs Committee of Parliament, Peter Dimba threw his weight towards tabling of the bill this sitting of parliament.

I would like to agree with the advocates on tabling of this bill. It has been long overdue, and with all the reforms that have been happening in our prisons, it is indeed in order to have the bill tabled now rather than later,” said Dimba.

Dimba believes the new bill will give the inmates freedom and the dignity they deserve, observing the current conditions are deplorable.

Responding to the calls, secretary for Homeland Security Ministry, Oliver Kumbambe, disclosed to Zodiak Online that they (ministry) has reviewed the report by the special law commission, and submitted it to the Office of the President and Cabinet (OPC) for approval before it is tabled.

“I am relatively new in the ministry, but this bill got to us in 2018 and it was referred to MoJ, whereupon a review we submitted to the cabinet,” said Kumbambe.

Chief Legal Aid Advocate for the south, Sigele Chirwa says, under the current circumstances, representation of offenders is proving a challenge.

“If this prisoner has Tuberculosis (TB) or suffering from other communicable diseases and we are interacting with them one on one, without protective gear, it also exposes our officers, this is especially at an appointment where these inmates have no access to health care,” said Chirwa.

The proposed prisons bill, if passed, will help to address such challenges as congestion in prisons and offer health services to all correctional facilities through establishment of clinics in all prisons, which currently are only found in central and maximum prisons.

The bill also recommends such reforms as, parole, community service, prison inspectorate and release on temporary license all aimed at decongesting the prisons.