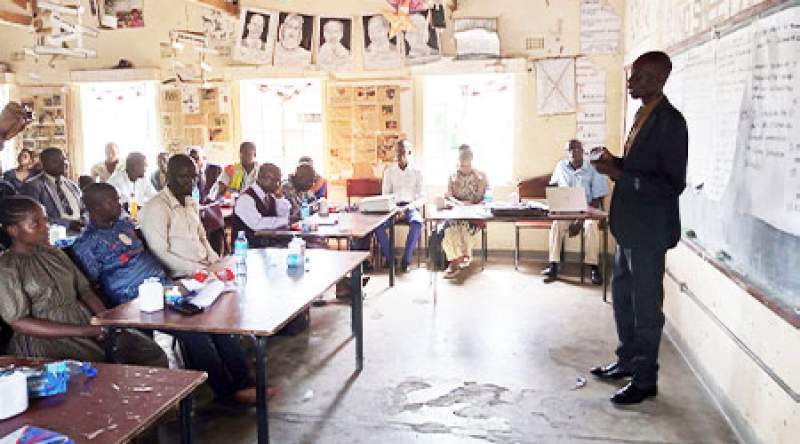 Traditional Authority Mchinguza of Machinga has threatened to remove from positions chiefs who are aiding perpetrators of child marriages to escape into neighboring Mozambique, saying it is affecting efforts to end the vice in the area.

T/A Mchinguza has told Zodiak Online on Tuesday that the tendency has reached alarming levels; hence, the decision.

He was speaking at Mpiranjira Teachers Development Center in the district during an orientation meeting with youth champions and stakeholders aimed to discuss best strategies of ending the vice under Social Transformation for Ending Child Marriages Project implemented by Youth Response for Social Change with funding from USAID.

"We still continue facing issues of bolting into Mozambique among perpetrators of child marriages, including the children which is very frustrating. The sad part is that all this is aided by chiefs, parents and guardians. I will surely not tolerate it no more," said T/A Mchinguza.

Meanwhile, Nayuchi Police Officer-In-Charge, Senior Superintendent Selemani Ntambo has conceded the challenge but was quick to say they are working with their Mozambican counterparts to apprehend the culprits.

"It is true that suspects escape into Mozambique whenever they go against the law, we are always on high alert to arrest them together with our Mozambican counterparts of which we are friends with," noted Ntambo.