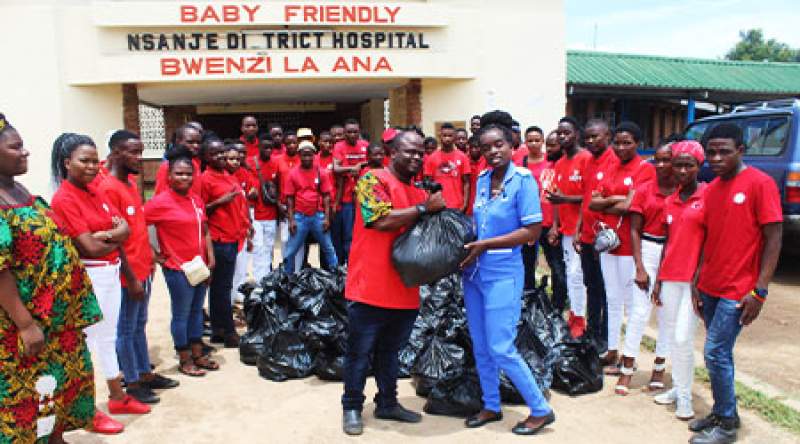 Part of the donation ceremony - pic by Alfred Guta

A charity organization, Davies Fundraising, has bailed out 50 patients at Nsanje District Hospital with a donation of food and non-food items.

Founder and Chief Executive Officer for Organization, Davies Ndakoyiwa, told Zodiak Online yesterday, Tuesday, “this is part of the initiative we hatched in 2019 of reaching out to the suffering community.

“We use part of proceeds realized from second hand clothes sales,” explained Ndakoyiwa.

Davies Fundraising has assisted patients in the male and female wards with items including maize flour, cooking oil, soya pieces, and sugar just to mention but a few.

According to Ndakoyiwa, the items are valued at close to K950, 000.

A patient, Lucy Nsingano, aged 55, from Msiyankhuni village under the area of Traditional Authority Ndamera, described the support as timely saying, “I am grateful as I came here with nothing, things will not be the same.”