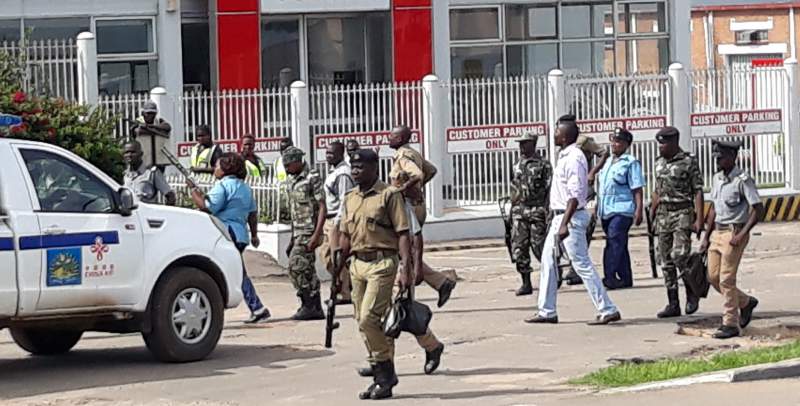 Hell broke loose at Rab Processors in Blantyre Wednesday morning after irate workers protested death of their colleague who they say committed suicide by hanging short while after being fired.

The irate workers told Zodiak Online that their colleague, Vincent Chiphwanya, was caught with a sachet of milk he wanted to drink after working overnight without eating anything.

“He was caught with a 500 grams packet of milk. He was sacked as a result and we feel this is inhumane. We are being subjected to harsh treatment here.

“We feel we are not being protected. It is the responsibility of government to check against such malpractices in various companies. We call upon authorities to take action,” said one of the workers.

The company’s General Manager, Roy Chirwa, declined to give details on the matter, saying they were monitoring the situation.

“I am on holiday; only to be informed this morning about the situation. We are gathering more details on what transpired and we will come back to you when we are done,” he said.

The situation got tense when the workers were denied to access the company premises, forcing them to rally and chant songs against their employer along Chipembere highway.

Police, who are yet to comment on the matter, used tear gas to disperse the irate workers.