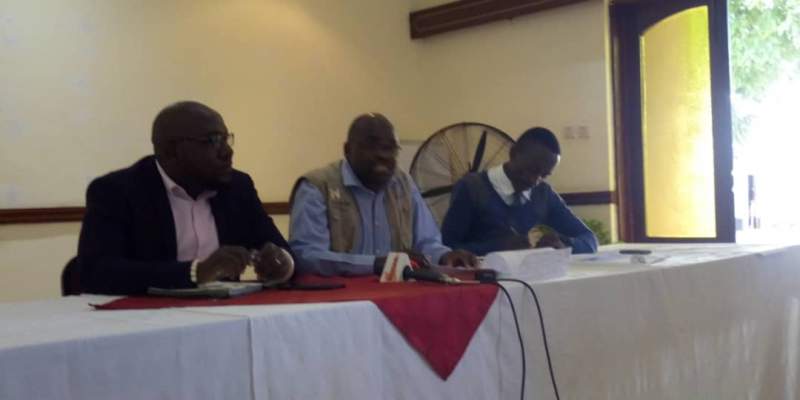 Civil society organizations under the banner; National Anti-Corruption Alliance have called on various stakeholders to closely monitor operations of the judiciary.

The civil rights organizations said this to reporters in Lilongwe Thursday.

Chairperson of the organization, Moses Mkandawire, said the mid-night release of business tycoon, Dr. Thomson Mpinganjira by a Zomba senior resident magistrate was suspect and defied the dictations of the practice of law as other lawyers say.

Mkandawire called on the international community to help Malawi stop the cancer of corruption by objecting to suspects entering their countries.

He called for the re-arrest of the business tycoon.

“We don't have to be lawyers to understand some of these issues. It was the same magistrate who issued the warrant of arrest who could have reversed the decision.

“This is clear judge shopping and the judiciary must end it,” said Mtambo.

The group has called for investigations by the judiciary into how the Zomba-midnight-order came to be and disciplinary action against those found in the wrong.

There were running battles between police and demonstrators in Mzimba…
Read more...

Chairperson of the Sadc Organ on Politics, Defense and Security…
Read more...

On Saturday, former students of Umbwi came back to their…
Read more...

Director of Chiefs in the ministry of Local Government, Charles…
Read more...
Subscribe to this RSS feed