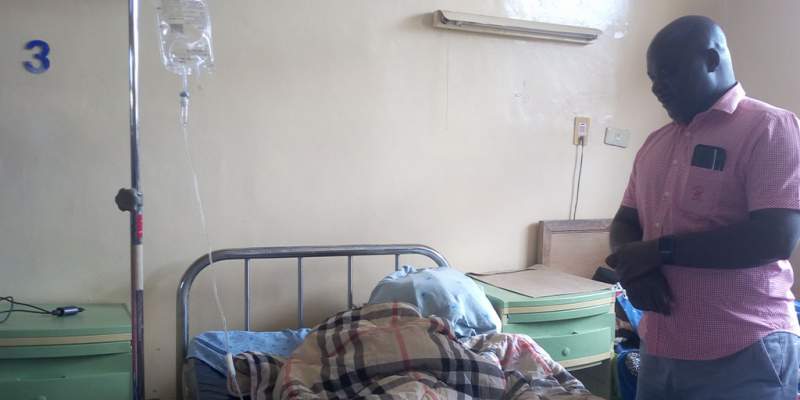 Mhango: We were overwhelmed pic by Towera Kumwenda

Health minister, Jappie Mhango, was forced to drive over 340 km to Mzuzu Wednesday to demonstrate concern after over 110 people got injured in a stampede after his office invited people to walk-in interviews and the exercise turned into a nightmare.

Mhango visited Mzuzu Central Hospital where he cheered some of those injured and pledged to ensure that those injured are accorded a chance, when they recover, to undergo the interviews.

The minister acknowledged that the decision by his ministry under-estimated the numbers that could turn-up and was overwhelmed when so many people showed-up across the country.

“We must admit that we probably missed some important elements of the interview. We had overlooked certain things. These are lessons we draw going forward.

“I'm also informed that gates were opened very late. The matter is being investigated,” he said.

Mzuzu Hospital male surgical ward Nursing Officer, Daniel Mlenga, says out of the 118 people that were brought in injured, 10 were put in admission but would be discharged soon.

The rest had minor injuries and were mostly treated as out-patients, he said.

“Many of them were discharged. Patients who had mild head injuries, dislocation and fractures and were unable to walk, are still in admission,” Mlenga said.

Several stakeholders have criticized the ministry of health over the walk-in interviews saying they demeaning, dehumanizing and exposed people to unwarranted harm.

And the stampede has exposed the ugly state of unemployment in Malawi.