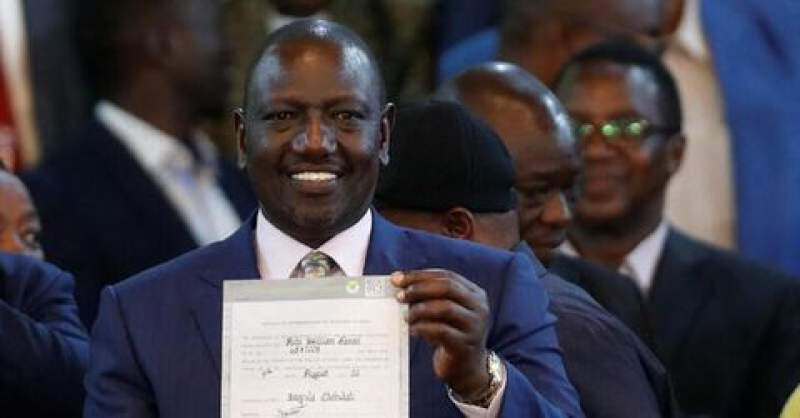 Chebukati made the proclamation at the Bomas of Kenya in presence of diplomats, religious leaders and politicians across the political divide.

Chebukati said Ruto had fulfilled all requirements of Kenya's constitution which guarantees that the the winner has to attain 50 plus one percent in more than 24 counties of total votes cast.

This was first time for Mr Ruto, 55, had run for president and served as deputy president for ten years who fell out during president Uhuru Kenyatta's regime.

However, the announcement of results was stalled due to the alleged irregularities and mismanagement of election,  according to Mr Odinga's party agent.

Four of seven electrol commission refused to endorse the results as they termed it 'opaque' results.

But cerebrations were all over in several parts of the country including in Mr Ruto's strongholds in the Rift Valley and that of his deputy Rigathi Gachagua in the Central Region.

Supporters of Mr Odinga have staged small protests in western city of Kisumu and some parts of Nairobi according to BBC report.