The 5050 Campaign: A slow Moving Train 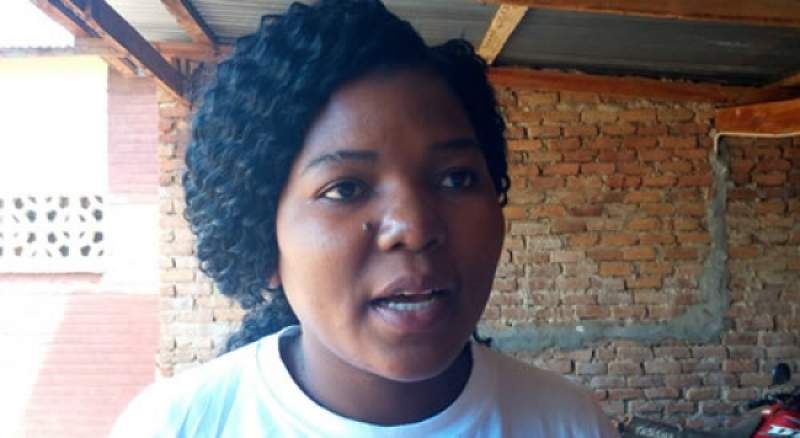 Chivunga says political parties have not lived up to their talk on ensuring a quota system. - Pic by Vanani Nyirenda

Glory Chavula had hoped to represent the Malawi Congress Party-MCP-in elections for councillor for Hewe Mwazisi ward in Rumphi in the coming tripartite elections.

But, she says, this was not to be.

"The top officials for MCP in the district told me to pay K200, 000 if I wanted to contest in the party primary elections. They said if I don’t pay the fee, they will tell people not to rally behind me during the elections,’’ Chavura says.

She says the party officials later reduced the amount to K80, 000, but she still didn't pay because she thought the money would just go in the pockets of the officials.

Chavura says she is now forced to contest as an independent.

Precious Mwandila says she had hoped to contest for Chintheche Ward on a Democratic Progressive Party ticket in Nkhata Bay., but she literally saw her world crumble down during primary elections

Mwandila says it became clears to her that DPP officials preferred a male candidate instead because he was financially well-off, and was willing to offer them kickbacks to win their support

"They did not even tell us when the primary elections will be held only to surprise us one day that we must get ready to contest in the race where it was clear that they were rallying behind a man we were supposed to contest with, ‘’ Mwandira says.

Political parties in Malawi have made commitment to support women in their quest to assume political offices in the May 21 tripartite elections.

But the reality on the ground shows that this may only have been lip service. Women aspirants claim party governors are not willing to support them because they don’t have money for kickbacks.

The clear reason is that most of the women aspirants do not have the financial muscle to move their campaigns.

There are claims that some senior political party leaders, especially governors demand sexual favours in exchange for required support on the campaign trail.

Women argue that political parties do not support their desired political ambitions.

Lilian Chirambo, current councillor for Rumphi central ward,  says for women to make it during elections it's always an uphill task

"As women aspirants we find a lot of challenges to move around vast areas constituting our wards, the majority of us do not have vehicles even bicycles and yet we are supposed to compete with men who have the means to find resources to map out their campaigns, ‘’ Chirambo says.

Chirambo further states that traditional leaders are not helping them either. She notes that just like party governors the chiefs are also moved by the monetary gains if they want to support a candidate vying for political positions

Again, some of the women have issues with players in the campaign.

They accuse non-governmental organizations with funding to run the campaigns of merely conducting capacity building trainings and not reaching out to voters as well.

For some aspiring women contestants, meaningful support should have included provision of financing and campaign materials for them to equally face the male folk.

Mary Chirambo, who is standing as a councillor in Nkhata Bay Chintheche ward, says though these organizations have received hefty amounts in funding nothing is trickling to them to finance their campaigns

"We are just hearing that this year these organizations have received a lot of money to support us but they are not helping us ,we heard they will provide bicycles for mobility but these are just merely stories, ‘’ Chirambo  says.

In the quest to see as many women participate in political decision making in Malawi, cooperating partners have pumped in billions of Kwacha to mobilize support for women aspirants. However, it appears that the fruits may take time.

Among those who have brought into Malawi their tax-money include the Norwegian government which has pumped in K1.1 billion through the 50-50 Management Agency which has sub granted over 20 organizations currently mobilizing support for women aspirants

Hivos is another donor supporting 5 organizations with millions to run the campaign. Other organizations like Oxfam, Action Aid Malawi, and the UN Women have also spared funds for the same cause

A perception study carried out by the University of Malawi in 2014 concluded that 37 per cent of Malawians do not think women can make good political leaders.

The 50-50 Management Agency acknowledges the myriad challenges women aspirants face in their quest to run for elected office.

As we move to May tripartite elections, the agency is supporting over 800 women.

But progress being made, so far, is admittedly at a snail’s pace.

Viwemi Chavula is Program Manager for the agency. He believes that achieving the goals of the campaign will require changing societal perception on the matter.

"The patriarchal culture has manifested itself for a very long time, and we have grown up being told that women do not make good leaders in our society.

Look at how the primaries were held, and you literally see the patriarchal culture manifesting itself. We need to have registration in terms having a benchmark for women to participate in politics otherwise nothing will change,’’ Chavura says.

Chavura adds that to the issue to have more women in elected positions is a complex one which does not need a straight jacket approach but concerted efforts.

African countries such as Senegal, Seychelles and South Africa have over 40 percent women in their parliaments. Mozambique, Angola, Tanzania and Uganda are not far off, as women occupy over 35 percent of the parliamentary seats in those countries.

In 2009 elections, 43 women made it to parliament representing 22 per cent of the 193-member house. At that time, victorious presidential candidate, Bingu wa Mutharika had made a historic pick for his running mate in Joyce Banda.

The number of women MPs was reduced by eleven in subsequent elections in 2014. In the same year, of the 300 seats for councillors, only 56 went to women contestants

Tovwirane Organization is one of the players in the 50-50 campaign as they have been funded by HIVOS to work in Mzimba, Nkhata bay and Rumphi districts in the northern region

Chivunga notes that the parties have not been abiding to commitments they have been making.

Chivunga says political parties have not lived up to their talk on ensuring a quota system as a deliberate way of giving a chance to more women to stand a chance of racing in the coming polls.

She says a number of women have complained of being asked to pay money in instances amounting to K500, 000 for them to contest primary elections

Her organization has provided capacity training for aspiring women candidates in the three districts they are working, including on how the women can come up with manifestos to anchor their campaigns.

She, however, admits the need for financial and material support to the women for them to ably run their campaigns

"Apart from the capacity training programs we have also used theatre groups to mobilize support for the women right in their areas in a way of making voters appreciate the need to vote for female representatives, ‘’ Chivunga says.

These are views which have been shared by others

Emma Kaliya champions empowerment of women. She argues that now that women have not fared well in party primary elections, focus should be on rendering support for the few who have sailed through to ensure that they win elections.

"Now that we are done with the primary elections, am appealing to political parties to up their support to the few women made it during the primaries and that some organizations in the 50-50 campaign must also support the women who will now be standing as independents,’’ Kaliya says.

But the Center for Multiparty Democracy feels that there is hope for women for the future with the newly-enacted Political Parties Act which regulates the campaign.

CMD Executive Director Mr Kizito Tenthani observes that the fact that the act bars hand-outs would provide women an equal footing to compete on a levelled play field.

"Most men have an economic advantage over women and if we remove this component people will be better placed to campaign on issues ,hence the ban on handouts will help women who are economically handcapped," Said Tenthani.

As the clock fast ticks on May tripartite elections, it is sad that it is becoming increasingly clear that Malawi may not get to the status of admirable Rwanda where, after a genocide not so long ago, 64 percent of MPs in parliament are the female