Cougars Gets K250,000 Worth Jersey From Barons Car Hire Limited 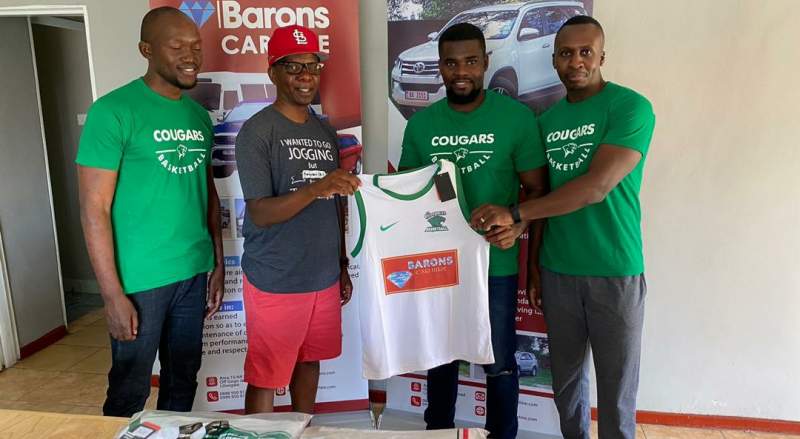 Barons Car Hire Limited has donated a jersey to one of Lilongwe-based basketball outfits, Cougars. The jersey is worth K250,000.

The company's Managing Director, Sungeni Mipando, who played for Chanco Hawks whilst in college, told Zodiak Online that he felt helping the club to inspire other companies realize the sport need to be assisted both financially and materially since many young people are showing interest in the sport.

“Many young people are venturing into the sport and it was our wish as a company to come in to help these teams.

“We Hope other companies will come in to help so that we push this sport to the next level.”

Cougars' Team Manager Tendai Banda hailed Barons Car Hire Limited for the donation, saying it will go a long way in motivating the club to do well in the Central Zone Basketball League this season.

For the past seven years, Cougars have played in the final for seven consecutive times, losing four times to their rivals Bravehearts and winning the championship on three occasions.