Govt Yet to Release Funds for Flames 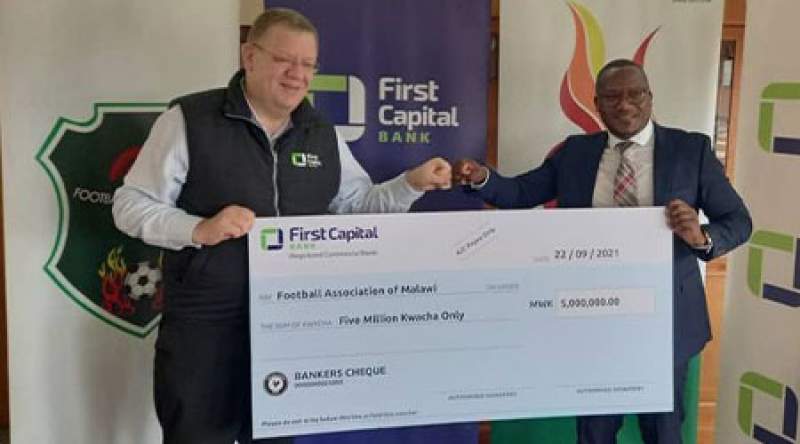 The Football Association of Malawi (FAM) says is yet to receive funding from government for the National Football Team’ camp in preparations against Ivory Coast in the World cup qualifiers slated for October 8 and 11 this year.

Speaking to the Media after the First Capital Bank donated 5 million kwacha on Wednesday to support the Flames AFCON campaign, FAM First Vice President Jabaar Alide asked the private sector to assist the Flames to have thorough preparations for both world cup qualifiers and AFCON which the team will participate in 2022 in Cameroon.

"The Flames are supposed to go in camp but unfortunately up to date there is no funding from the government. If the government does not fund us then Flames will be unable to participate in the world cup qualifiers against Ivory Coast. It is quite tough now that the team needs to travel outside Malawi several times to fulfil the fixtures,” said Alide.

He was Speaking after the First Capital Bank donated 5 million kwacha to support the flames AFCON campaign, which the team will participate in 2022 in Cameroon.

First capital bank Chief Executive officer Jaco Viljoen has pledged to continue sponsoring grassroot football so as to develop the game in the country.

“As you are aware that we have been supporting FAM in developing football in the country. We will continue supporting grassroot football having done that for the past 13 years ago,” explained Viljoen.

Meanwhile, FAM has organized a Golf fundraising event slated for October 2 this year in Lilongwe to raise 30 million kwacha to support the Flames.