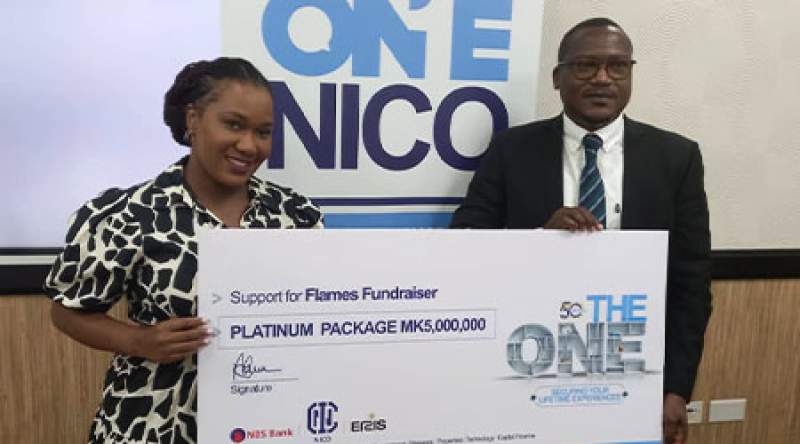 The Football Association of Malawi (FAM) has expressed hope that it will manage to raise K450 million to support the Flames to prepare and fully participate in the AFCON cup slated for 2022 in Cameroon.

Speaking after receiving a K5 million donation from NICO Group on Wednesday, FAM First Vice President Justice Jabaar Alide said out of the K1.5 million budget for the Flames to participate, they currently have a deficit of K700 million after receiving a funding commitment from Government, corporate sponsor FDH and FIFA subsidies.

“Football unites us, let us support the team. We also urge all the citizens to come to the golf fundraising event slated for October, 2 this year in Lilongwe where we estimate to raise K30 million for the Flames. Through all fundraising activities, we want to at least raise K450million," said Alide.

NICO Group Head of Marketing and Customer Experience Lorraine Phiri said they decided to step forward because they recognise that football is a great unifier.

“Football is a platform that brings Malawians together and lift the national flag. As NICO Group celebrates 50 years, we want to show our commitment to support citizens in different development activities,” said Phiri

She added that Flames qualification in the African cup of Nations is a pride for the country.