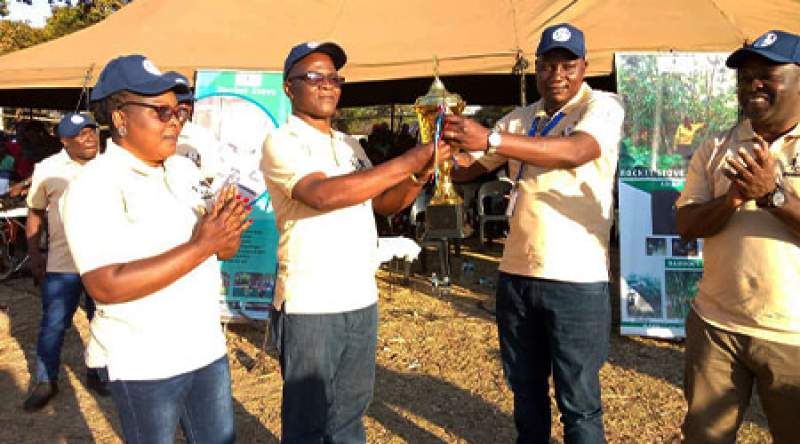 The launch was spiced up by a football game between Inje FC and Tsale FC which the former won 4-1 while in netball Nsalu Queens beat Inje Queens 8-2.

The Mbaula Football and Netball trophy will be played in four traditional authorities of  Masula, Masumbankhunda, Kabudula and Khongoni for a period of three months.

Speaking during the launch that attracted live performance from The Nyemba Nyemba Boys, Symon and Kendall, C-Quest Capital Managing Director Onyx Msachiwa, said sports attract huge patronage hence using it to reach out to the community.

“We want to reach out to the community that using our Improved Cook Stoves (ICS) and our bamboo program will help to conserve nature so we decided to involve sports as sports it's a crowd puller," said Msachiwa.

Former Football Association of Malawi (FAM) Vice President, James Mwenda, who is the competition coordinator said the sponsorship has a huge impact to expose talent from the grassroots.

"We lack these settings of investing huge some of money where talent is tapped. The youths will be kept busy with these games while on the other hand avoiding indulging in immoral behaviors," Mwenda added.

C Quest Capital started implementing Improved cookstoves and bamboo programs by providing access to sustainable energy services to the community in a drive to address cases of climate change.