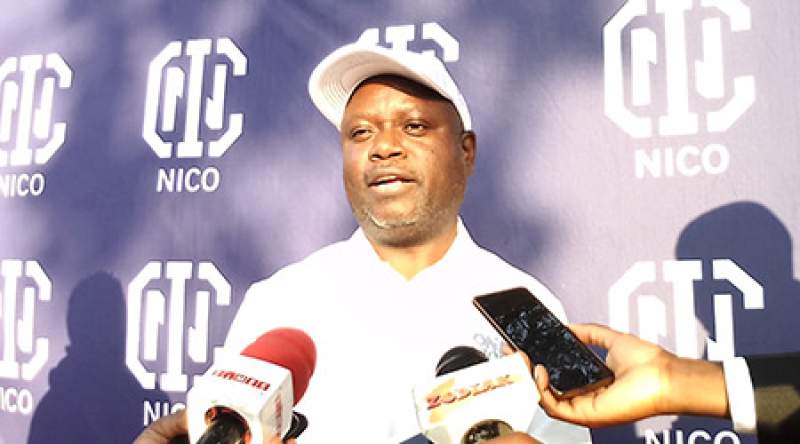 NICO Group has given prizes to various golfers in the second edition of One NICO Executive Golf Challenge tournament conducted on Saturday at Limbe Country Club in Blantyre to boost golf sporting activity in the country.

Speaking after the tournament, the Secretary for Limbe Country  Club Committee Harold Phiri who was the captain for Saturday's tournament, is optimistic that the country's golf sporting activity will be flourishing in the country.

Phiri has hailed the NICO Group for the tournament since it creates a platform for customers to interact.

"We  always appreciate the gesture from the sponsor (NICO Group) for the tournament as customers share some business tips and interact with each other. And as you heard during the presentation of the prize NICO has donated K500, 000 to Limbe Country Club for us to maintain costs," Phiri said.

NICO Pension General Manager Gerald Chima, says his team which  emerged the  first winner with 128 points, used strategic planning to win the prize of K200,000 voucher to each player adding "we are geared to defeat our rivals in Lilongwe through this strategy."

They will face their rivals on 17th September 2022 in Lilongwe and overall winner is expected to play with South African golfers.

The other winning teams include NICO General team which won the last year's tournament became second winners scoring 119 points and each player got K150,000 and NICO Asset Managers team come third prize winners who scored 115 points and went away with K100,000 each player.

A total of ten teams participated in this year's tournament.

Meanwhile, the NICO Group Managing Director Vizenge Kumwenda  believes that ideas generated from their partners during the One NICO Executive Golf Challenge tournament will boost their business.