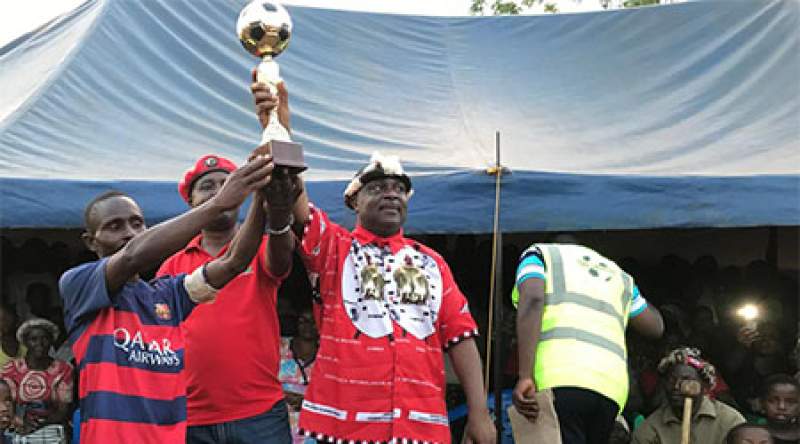 In a bid to keep the youths of Ntcheu South busy and away from harmful practices, a renowned engineer Joel Ching'ani organised a football and netball tournament to a tune of K4.8 million.

Speaking to Zodiak Online on the sidelines of the finals of the tournament at Kanyungwi ground on Wednesday in the area of Sub Traditional Authority Tsikulamowa, Ching'ani said his goal was to see the youths exposing their talents and keep them away from bad behaviors.

The tournament which started in eight zones has seen 142 games played and in the round of 16, teams were provided with transport for away games, which was first of its kind in the history of sports in the area.

Ching'ani further said that "entertainment, reducing lawlessness and stress among the youths and building a nursery for super league teams to scout talents have been achieved."

The teams which competed in the two sporting disciplines were from the areas of T/A Phambala and S/TA Tsikulamowa.

In the women's category, KIA Sisters from Senzani played their rivals Matchereza Sisters in the finals where Matchereza won by 15 baskets to 13.

While on the men's menu, Ziyare faced Mdzawira where Mdzawira lost by 4 goals to nill.

Meanwhile, one of the lead organisers of the tournament, Pastor Sanderson Ndalama hailed the tournament saying it has uplifted the football and netball standards of the district.

"We hope this is not the end and will see more in the near future for sports to develop in our area," he said.

Edward Kalinazo also echoed Ndalama's sentiments where he thanked Ching'ani for organizing the tournament saying a lot of young people were not being exposed but the tournament has done it.

The winners went away with a trophy and prize money totaling to 100,000 kwacha but total money was 398 thousand kwacha including logistics.